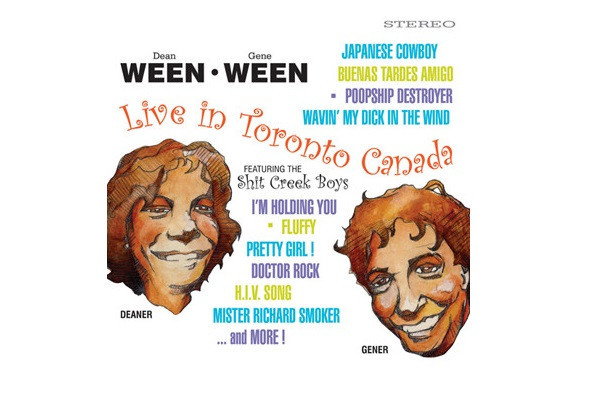 Ween has re-released their Live In Toronto Canada Featuring The Shit Creek Boys album. The album was originally released in 2001, but it was recorded October 23, 1996 at the Phoenix theatre as part of the short tour supporting 12 Golden Country Greats. Bobby Ogdin, who played with Elvis, Ronnie Milsap, the Staler Brothers, George Jones, and hundreds of others, served as the bandleader for the live release. It's out now via the band's own Chocodog recordings.

Music: Kevin Devine: “I Wrote It Down For You”