Watch the Aquabats play “Shark Fighter” at the 2018 Musack Carnival! 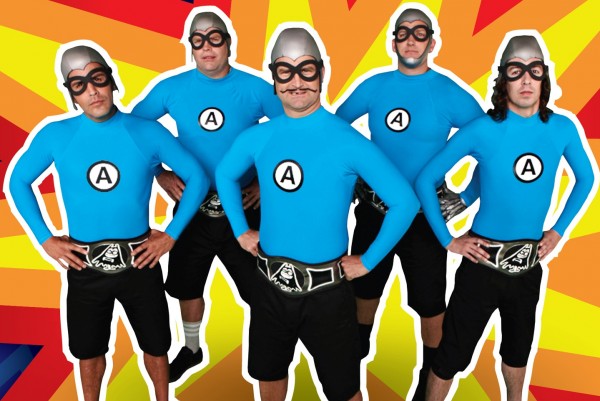 Today, we are excited to bring you a live video of The Aquabats playing "Shark Fighter!"

This is a raw and raucous version of the track as the band bends a new wave sheen over a pop-punk kick. The video was recorded at the Musack 2018 Carnival

Every year, Musack throws the Rock 'n' Roll Carnival in order to fund a program that has a mission of giving kids and teens a voice through music. All proceeds from the event go to providing guitar, drums, and other instruments to Musack programs in Compton, LA, Nantucket, Haiti, Appalachia, Cuba, Chattanooga, Australia, and Alaska. It'll be back again in 2019, so stay on the lookout. You can learn more about Musack here.

The vid was shot by Mitch Cleaver and Matt Rowbottom. Josh Roush (who's in production on a feature length documentary about actor Michael Parks) directed it. You can see the video below, right now!

Videos: Jenna Priestner of Mobina Galore: "You're Not 23 Anymore"