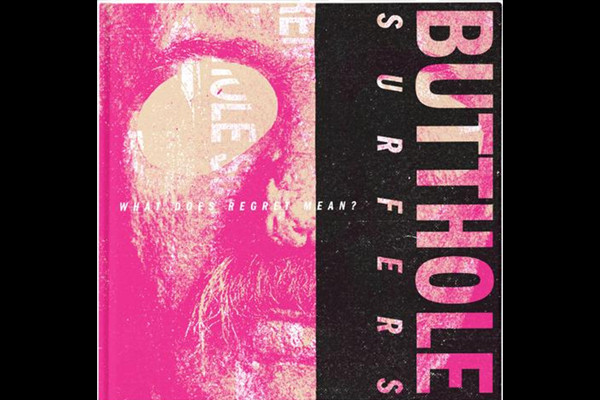 Contributed by melodicvirtue, Posted by Jeff Sorley 3 years ago

Butthole Surfers: What Does Regret Mean?, an official book on the history of the Butthole Surfers, has been announced. Authored by Aaron Tanner, the book is a visual history of the band since its inception in 1981 until the present day, and includes interviews from members of Ministry, Pavement, GWAR, and more.

Available as a limited edition, including a flexi disk of an unreleased track, the book is due out March 9th, 2019 via Melodic Virtue Publishing.

Watch the Aquabats play "Shark Fighter" at the 2018 Musack Carnival!