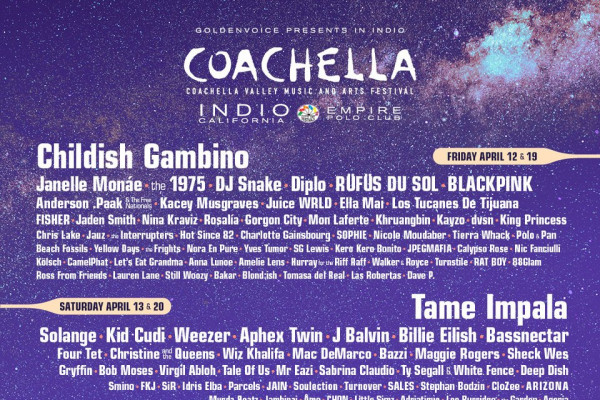 California based 6 day music festival Coachella released the full lineup for their April music festival. Childish Gambino, Tame Impala, and Ariana Grande will be headlining the event. The lineup will also include Janelle Monae, Weezer, The Interrupters, Turnover, Hop Along, and much more. The festival will happen on April 12th to 14th and April 19th to 21st, 2019 at Empire Polo Club in Indio, CA. You can click here to view the full lineup or to pick up passes to the festival.