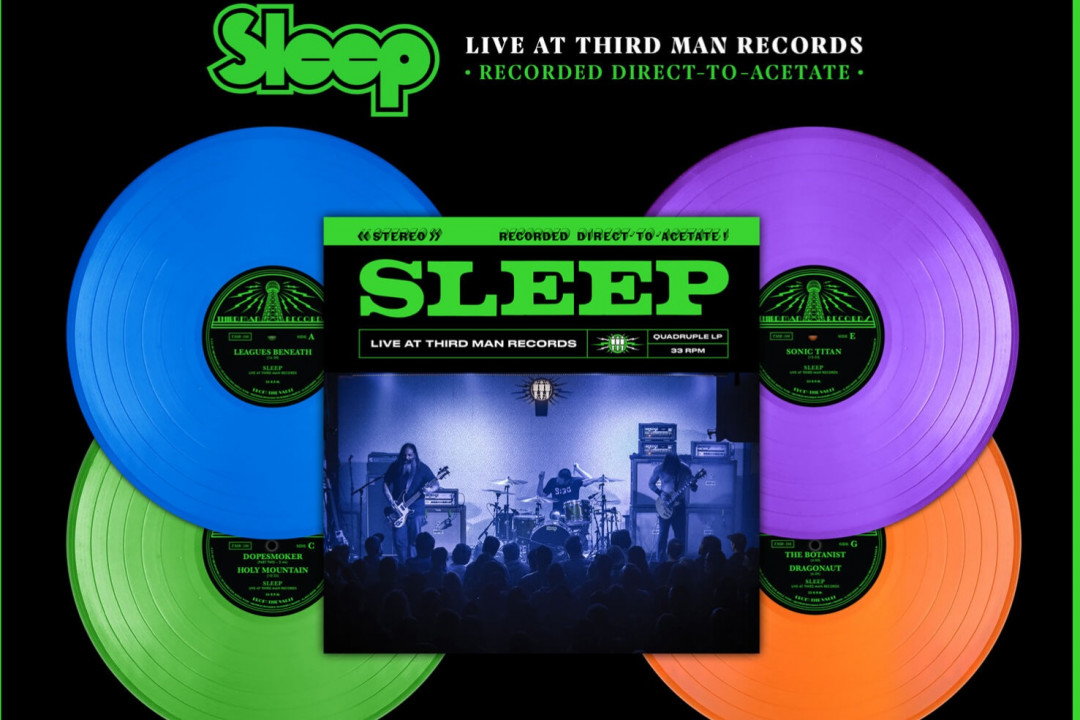 Sleep is going to release a live album through Third Man Record's Subscription club. Currently, the only way to get the record is to commit to a quarterly subscription. It's called Live at Third Man Records and will be out in March 2019. The album was recorded direct to acetate on December 12, 2018. See the track list below. The band released The Sciences in 2018.

Live at Third Man Records Side One: Leagues Beneath Side Two: Dopesmoker (Part One) Side Three: Dopesmoker (Part Two) Holy Mountain Side Four: The Clarity Aquarian Side Five: Sonic Titan Side Six: Marijuanaut’s Theme Giza Butler Side Seven: The Botanist Dragonaut