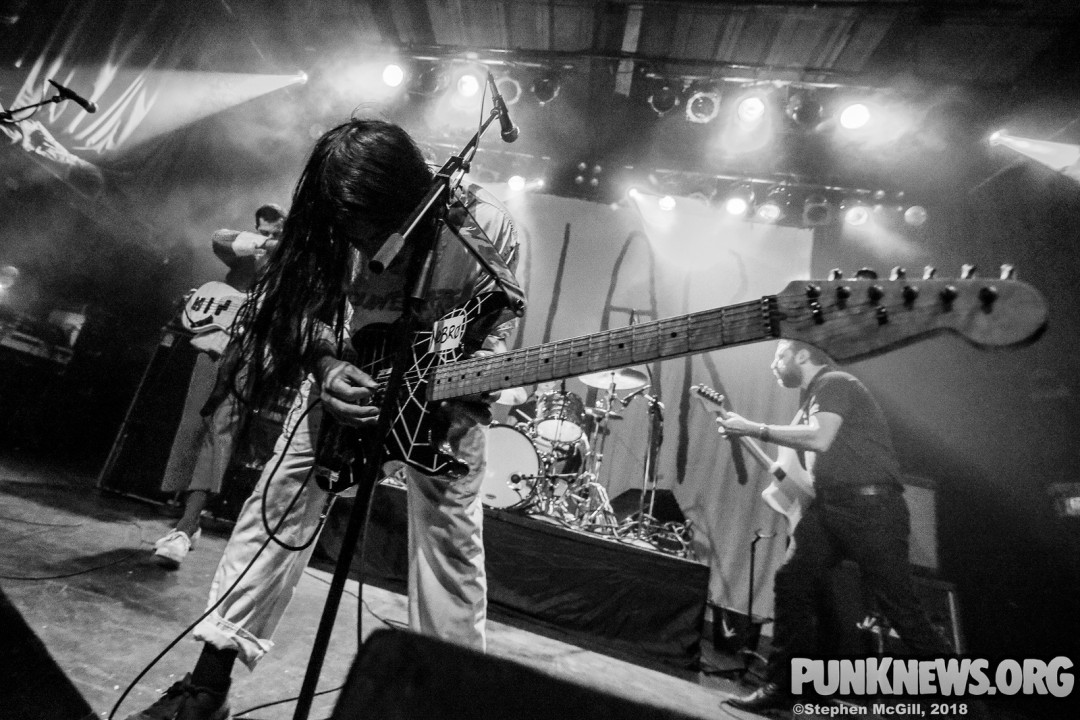 Last month the LA punk act FIDLAR took the stage at the Phoenix in Toronto for some pre-holiday mania. A pair of Ontario's finest punk groups supported them, in the form of Sam Coffey and the Iron Lungs (in Santa costume) and the enigmatic Dboy (in Dboy costume). Our photographer Stephen McGill was there to catch all three bands and you can check out his photos below.

Tours: Sick Of It All, Ignite, Municipal Waste and more to play Persistence Tour