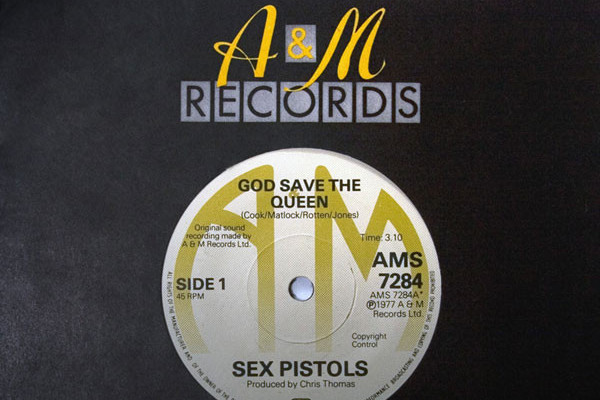 In November 2018, a copy of the A&M records version of the Sex Pistols single “God Save The Queen” sold for 12,500 English pounds ($16,025.64) on Discogs. That sale made it the most expensive single ever sold on Discogs and one of the most expensive singles ever sold. The A&M version of "God Saves the Queen" is significant, because the Sex Pistols signed to the label in 1977 and the label pressed 25,000 copies of the single. However, after an altercation between the band and the label at the label's office, the contract was canceled and A&M ordered the singles to be destroyed. It is believed that 9 copies of the A&M single were saved from destruction and the $16,000 copy is apparently one of them. Of course, the Pistols would later sign with Virgin, for their only full length album.