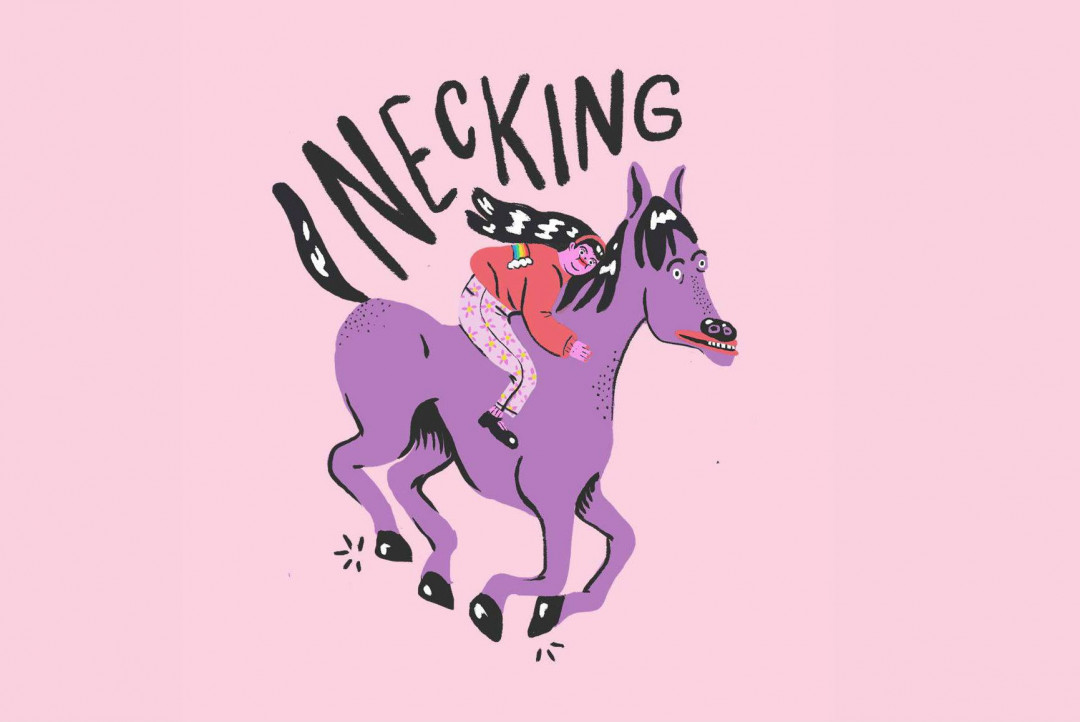 by Adam White Mint 3 years ago

Last week Mint Records live-streamed the signing of Vancouver's well-regarded punk group Necking. The band, which features vocalist Hannah Kay, bassist Sonya Rez, guitarist Nada Hayek, and drummer Melissa Kuipers, has a single release to their name so far, the 2017 EP Meditation Tape. Mint hasn't announced what Necking will put out next, but that should give you plenty of time to catch up on that EP if you missed it the first time around. Necking recently played the label's annual holiday show, the only non-Mint band (at the time) on the bill.

PRIORS to release "Call For You" EP on Slovenly in Febraury