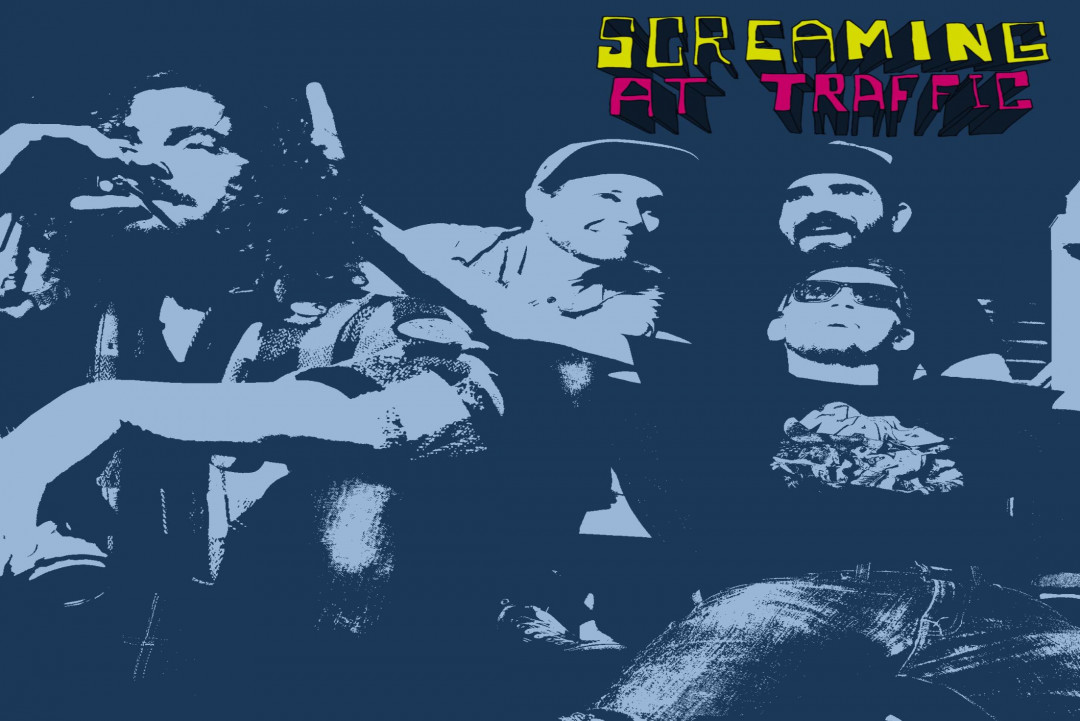 We are pleased to bring to you a super fun Punknews Exclusive video for Winnipeg's Screaming At Traffic. The music video chronicles the happenings of singer/guitarist Jacques Richer's character being depressed and his friends draggings him outside as the band member's wacky antics surround him. The track is called "YBF" and it is written about seasonal depression. "YBF" is the first track off the band's debut album on Little Rocket Records. See below to check out the video.

The band will also be playing a show tonight in Winnipeg, MB, Canada at the Goodwill with Bleed American, Sour Days, and Nice Cops. For more information on the event, you can click here.

Check out the new sketch by Ellen and the Degenerates!

La Dispute: “Footsteps At The Pond”