Pustulus Maximus of GWAR on compassion, education, and the IRS 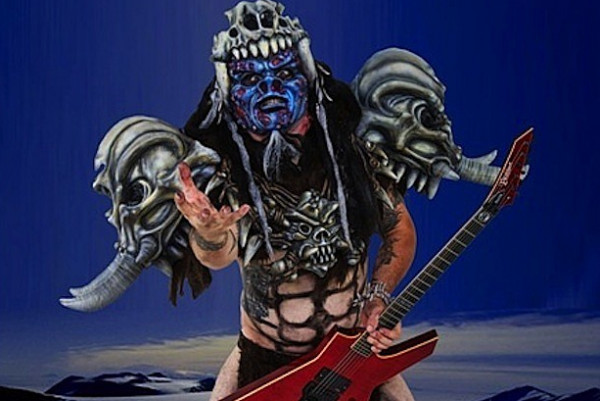 Having dealt with the death of the leader Oderus Urungus over the past few years, GWAR have now licked their wounds and released Blood of the Gods, a powerful comeback album that hunkered down on classic metal riffage and even threw in a little bit of 80s style Judas Priest metal. Now that the band has rebuilt itself with the additions of Pustulus Maximus on guitar and the bestial Blothar on vocals, they've been touring across the world, killing weak humans, doing drugs, and just generally being obnoxious. And no doubt, the world is in a state of chaos even without GWAR's helpful hand. So, Punknews' John Gentile caught up with Pustulus to see how the guitarist and mass murderer was feeling.

Blood of the Gods was a high pressure release, coming off of a time of tumult for the band… and it was a successful album. But now, you have the follow up to the comeback album. Are you feeling pressure? No pressure at all! No pressure at all! It’s already been done… in my head at least. I’m just going to hum into a microphone, put some distortion on it. Blothar’s gonna slap some bass on the motherfucker and call it a day. It’s gonna be heavy as fuck!

What are some of the themes that you’ll address? Right now, it’s top secret! Some of the themes may be clown themes. Heavy metal themes. I really want to write a song about riding a motorcycle into hell and fucking a demon. It’s a metaphor based off the trials and tribulations of my youth.

Oh, in what way? Because I rode a motorcycle into hell and fucked a demon when I was 13 years old. It’s fun to do bad things. So, there’s going to be a lot of people doing bad things on the album.

Let’s talk about that. Generally speaking, humans feel that they have a sense of morality. But, GWAR are aliens. Does GWAR have a sense of morality? GWAR understands human morality, which is why cuckoldry is another theme on the album. Especially, intense cuckoldry with fans and their wives and their girlfriends. We like to force the fans to do the “clean up,” if you are familiar with these terms. That’s why I really like the Rage Against the Machine Song, “Bulls on Parade.” You’re putting bulls on a pedestal, like champions of cuckoldry, you see.

I don’t know if you follow American politics, but alt-right guys like to go around saying to people they don’t like, “you’re a bunch of cucks! You’re a cuck!” But interestingly, studies show that people who often throw out that insult are more likely to be into that fetish than those that don’t use that term as a sort of insult. That’s brilliant! At least now the playing field will narrow down and we’ll have to do less research on the topic… but we better do a lot anyways… just to be sure…

It’s the beginning of a new year and people are making resolutions to better themselves. Does GWAR follow the Earth 365 day rotation? The only time that we follow the calendar year is for tax purposes because we get audited quite a bit. We’re trying to deduct expenses for illicit substances that we can’t provide receipts for and things of that nature. As far as anything else of that nature, we don’t really pay attention. Maybe Mayan doomsday calendars.

So, even GWAR is scared of the IRS?! Well, yeah, of course! They’re the only ones that can lock you up. No one else has the ability to freeze our cash flow except for them and we need our cash flow to buy drugs!

GWAR has a long history of murdering humans. Is it true that GWAR doesn’t like human beings? Well, it’s just like when you have children and you always have a favorite and then you have ones that you don’t like so much. I think that with GWAR spawning humanity, we are embarrassed and ashamed of our mistake and just want to wipe humans off the map.

Are humans capable of redemption, or is it just a completely lost cause? It is a lost cause! Look at your current political structure! It’s irredeemable the fallacy that is capitalism. It’s time to end it and reset it back to zero. We fucked apes to create humans, so this time, we’re going to go deep into the seas to copulate with dolphins to try and spawn something else… or maybe octopi?

Both are very intelligent creatures. Do you feel that dolphins are more caring than human beings? Yes, but you can’t mouth fuck a squid or you’ll cause brain damage to the animal. It’s a lesser known fact.

We live in an age where people are politically aware and sensitive to politically correct issues. Where does GWAR stand in the age of political correctness? People use political correctness as a tool to divide rather than unite, and we’d like to unite everyone under the Lemon Party and continue in 2020 to have old men suck each other off. That’s where we stand firmly, hardly, and engorgingly behind.

Pusutlus, how are you feeling these days? What’s your mental space? I drank a half-gallon of rotting milk so I feel like I’m going to shit myself.

Why… why would you do that? Well, I just ate some cheesecake and I wanted to wash it down with some sweet Vitamin D and it wasn’t a good idea. Always look at the dates kids.

You mentioned a criticism of capitalism before, which I think is the most politically active the band has been since War Party. Is GWAR becoming more politically aware? I’m just disgusted with the concept of money… mainly because I don’t have a lot of it. So, that creates a certain aura of disgust. Ultimately, it is the root of all evil. The goals of humanity is to obtain more and more of this thing rather than something that is actually necessary, such as the pursuit of a higher education. The value of currency is only what you give it.