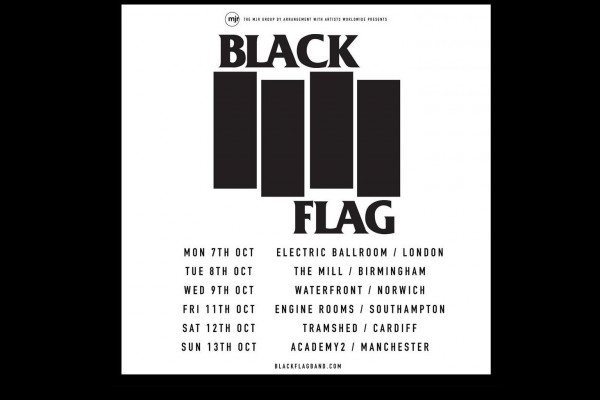 Black Flag, which includes Greg Ginn, Mike Vallely, and two other as-of-yet unidentified individuals, will be touring the UK in October. Tour dates are in this post's picture. The band released What The… in 2013. Only Ginn remains from that album's lineup in the band's 2019 iteration.

Sweet Knives to tour this summer