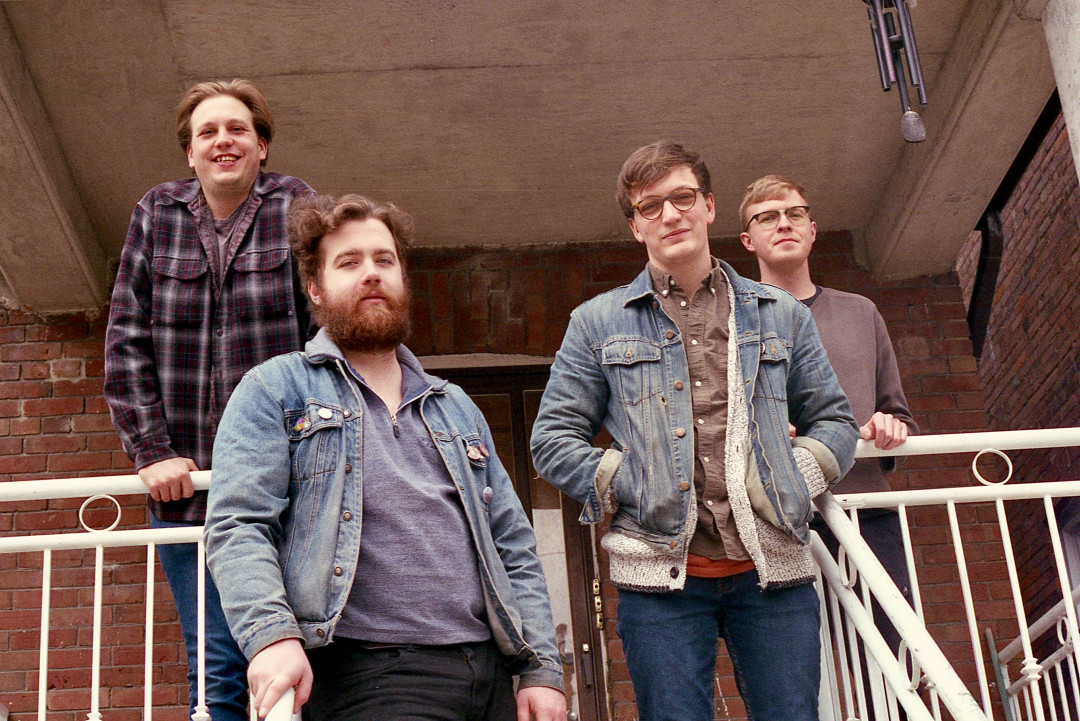 We're thrilled today to premiere "Embarrass You," the first new single from Toronto's Stuck Out Here. It's set to arrive on the band's upcoming third LP Until We’re Each Someone Else, which arrives this May on Get Party! Records and Must Be Nice Records.

"The song 'Embarrass You' is what happens when your treasured and cherished idealization of vice and hedonism starts to ring hollow and you notice the destructive wake trailing behind your all-night benders and perma-fried existence. It's an apology. I'm sorry."

Until We’re Each Someone Else follow's the group's 2014 full-length Getting Used To Feeling Like Shit. The band features co-frontmen and principal songwriters Cam Laurie and Ivan Raczycki on guitar and vocals, backed by bassist Emmett O’Reilly and drummer Pat Armstrong.