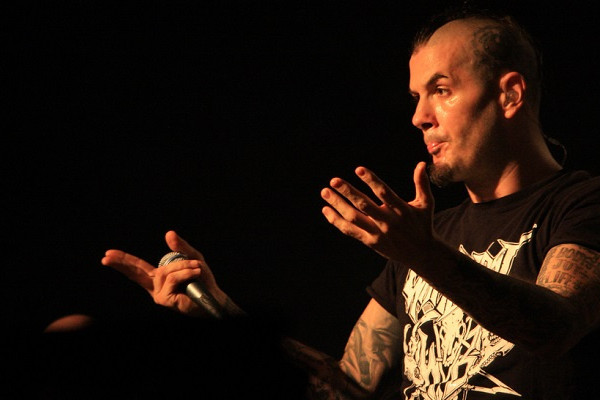 However, in light of the recent shootings, both venues have canceled the shows due to a 2016 incident where Anselmo gave a sieg heil on stage and yelled "White Power." Shortly after that event in 2016, Anselmo issued an apology stating, "Jokes were made backstage that transpired upon the stage, and it was ugly. It was uncalled for. And anyone who knows me and my true nature knows that I don't believe in any of that; I don't want to be part of any group. I'm an individual, and I am a thousand per cent apologetic to anyone that took offence to what I said because you should have taken offence to what I said."

With that history in mind, the venue Empire in Christchurch canceled the gig. The show was then transferred to the Club tavern, which then canceled as well. The venue stated via facebook:"The Philip Anselmo gig has been cancel (sic). We do not and will not support white supremacy or racism!"

Meanwhile, Auckland venue Galatos also canceled their show. They stated, "PHIL ANSELMO AND THE ILLEGALS 27th March 2019 Galatos will NOT be hosting this show in our venue on the above date. Just today, information has come to hand which has made us uncomfortable about proceeding with this show. Ticket holders pls look to the Promotors web site for further information."

On Monday night, tour promoter Ben Mulchin of Valhalla Touring released a statement: "I just want to address this point right away - we would never book anyone with 'white power' or 'white power politics', or any other silly political agendas. No way. We need to make that very very clear - as music is our livelihood. Phil Anselmo had an indiscretion a few years back while under the influence of substances that is widely documented; by making a very hurtful remark and idiotic gesture. I honestly don't think Phil is racist but regardless he has committed a pretty terrible act in 2016. On a personal note, I am not looking forward to travelling to Christchurch nor hosting a loud intense concert but I do believe in music as a healing power. We discussed on Saturday donating all profits, and $5 per ticket to the families involved with the tragedies."

Podcast: Franz Nicolay appears on This Might Be a Podcast