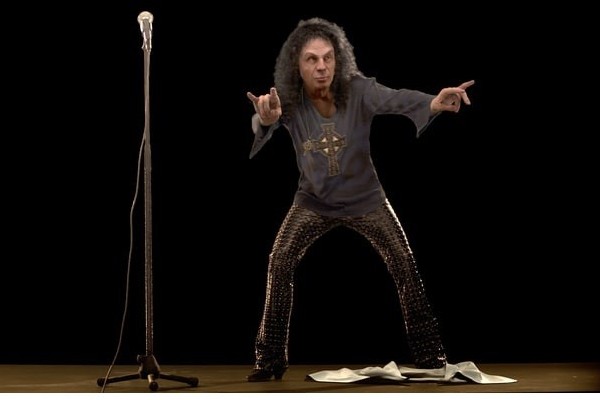 Life is a lie and death is a fantasy, at least what with modern technology. Holo-Dio, the hologram generated version of deceased Ronnie James Dio shall arise once again this summer, and tour with his former bandmates. Holo-Dio's vocals will be sourced from various digital studio and live recordings while his band will play live music behind him. The band line-up will feature Craig Goldy on guitar, Simon Wright on drums, Scott Warren on keyboards and newer Dio family member Bjorn Englen on bass. The show will also include some guest singers who are still chained to a flesh and bone prison- Tim ‘Ripper’ Owens and Oni Logan.

Because Holo-Dio is still cursed to adhere to his programmed commands (for now…) each show's setlist has already been determined and will be just about 90 minutes. He'll be singing songs from his time in Rainow, Black Sabbath, and Dio. See the dates upon which Holo-Dio shall again walk the earth, below, and marvel at how the mortal coil has been melted from a complex labyrinth into a flat disc where life, death, and all stages in-between share the same grim space.