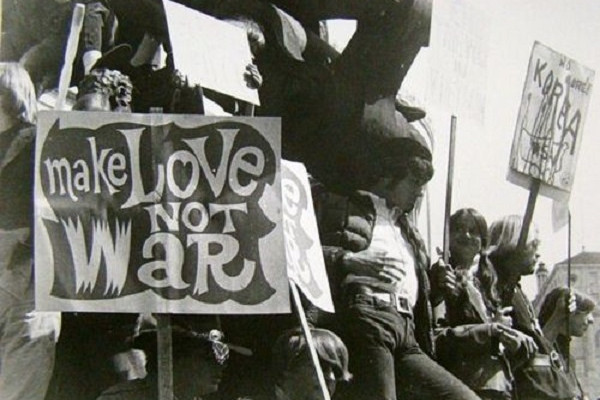 The war for Woodstock rages onward, with no end in sight to this horrific carnage. Pray, my dear friends, that at the end of this cataclysm, there is a stage and single speaker left to promote the message of peace and love (and $18 Psychedelic tubes).

Woodstock co-founder Michael Lang, who is the head of Woodstock LC, hired attorney Attorney Mark Kasowitz to represent Woodstock LC. Kasowitz represented Donald Trump last year for a period of time. Lang has stated that Woodstock 50 will STILL takeplace, despite these setbacks. Dentsu has not yet issued a statement regarding the recent strike.

In the meantime we can only speculate at who will be victorious and slaughter the opponent, thereby casting ruination on all opposition, don the bloody crown of litigation, and thusly lay claim and rightful control over the summer of love.

OFF!, Agnostic Front, Gorilla Biscuits, OFC, Cro-Mags JM to play This is Hardcore

Check out the new track by Psychic Graveyard!