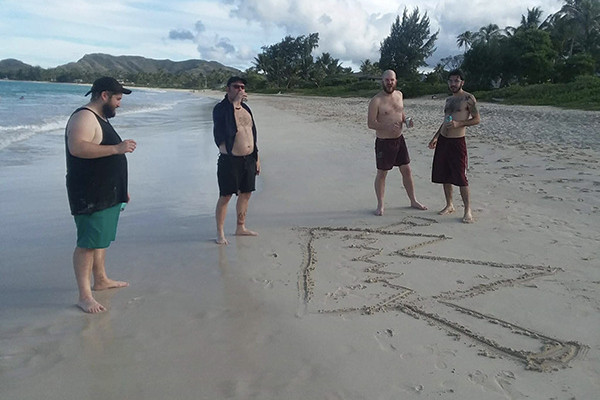 Contributed by tomtrauma, Posted by Jeff Sorley 3 years ago

Grand Rapids' Bong Mountain have released a new track ahead of their appearance at Pouzza Fest 9 and their first EU tour. "Best Weed on the Internet" is on the Friends and Family at Pouzza 2019 compilation, available via Get Party! Records. The band will be playing Pouzza before heading off on their first UK/EU tour with The Run Up at the end of the month.

Bong Mountain's most recent album, their debut LP You're Doin' Great! (for the record), was released in 2016. You can check out the new song, and those tour dates, below.