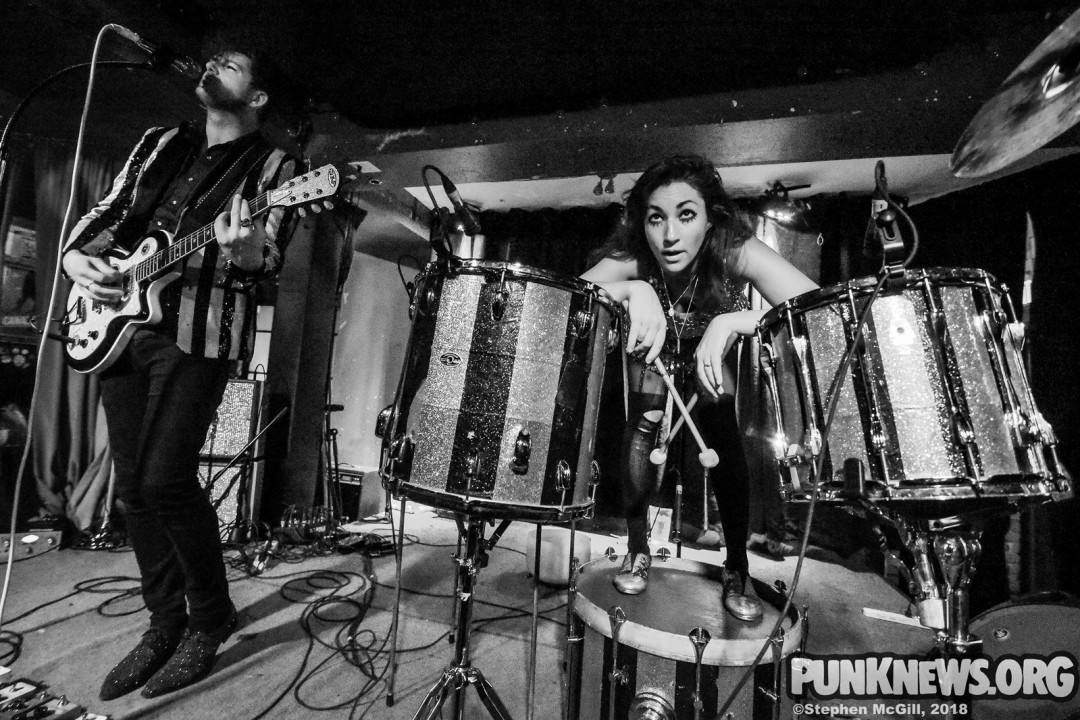 Los Angeles' two-piece KOLARS visited Toronto recently to play the Monarch Tavern. The "desert disco" duo was supporting their new single "Turn It Up." Our photographer Stephen McGill was on hand to catch their set. You can find his photos below and check out the band's new stuff at Bandcamp.

: Photos: Dave Hause & The Mermaid at The Dakota Tavern, Toronto 04/14