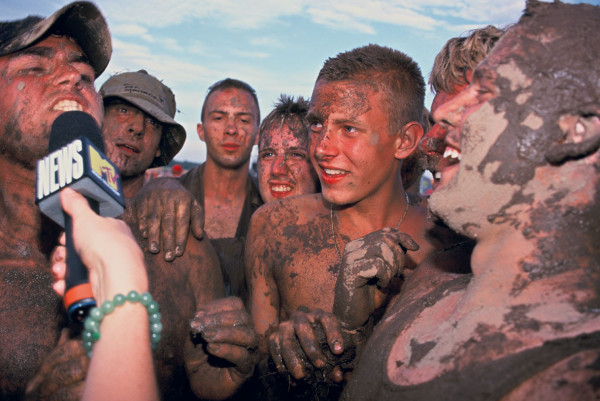 The raging, troubled behemoth that is Woodstock 50 may be on its death-knell. The event was supposed to take place at Watkins Glen on August 16-18. However, Woodstock LC, the company that owns Woodstock's intellectual property, delayed in filing for permits to use the area until just over a month ago. (Often, festivals of this size apply for permits a year, or more than a year, in advance.) However, today, Watkins Glen said there would be no summer of love on their lawn. they issued a statement: “Watkins Glen International terminated the site license for Woodstock pursuant to provisions of the contract. As such, WGI will not be hosting the Woodstock 50 Festival.”

But, the wound grew worse. About an hour later, on of the festival's producers issued a statement: "CID Entertainment had been engaged to provide enhanced camping, travel packages and transportation for Woodstock 50. Given developments, we can confirm that CID is no longer involved in Woodstock 50 in any capacity.”

Perhaps surprisingly, Woodstock LC issued a statement saying the show must go on. Woodstock LC's Gregory Peck stated: "We are in discussions with another venue to host Woodstock 50 on August 16-18 and look forward to sharing the new location when tickets go on sale in the coming weeks."

If you want to help out, Woodstock branded psychadelic tubes are still available for $18 each, plus fees, shipping, and taxes.

Beatersband cover "Baby, I Love You."