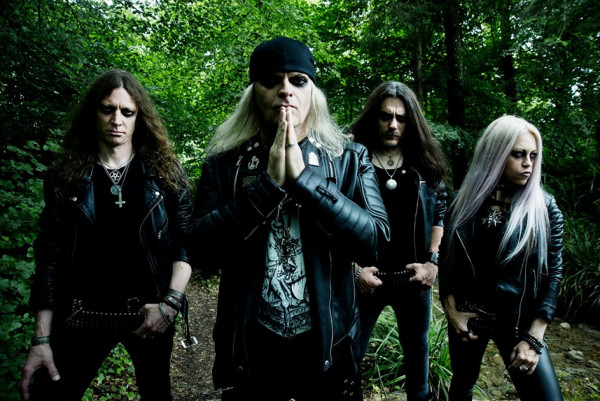 Tom G. Warrior of Hellhammer/Celtic Frost/Triptykon previously announced the Triumph of Death project, which is described as Warrior, Mia Wallace, Alessandro Comerio, and André Mathieu playing Hellhammer songs live. Warrior made it a point to state that the shows are not a "Hellhammer reunion." Today, he revealed that some of the live shows will be taped. If Warrior deems the recordings sufficient, he will release them as a live EP.

The project released a statement" Triumph Of Death, Tom Gabriel Warrior's tribute to the seminal early extreme metal group Hellhammer, will at long last bring a full set of Hellhammer's music to the stage for the very first time this week. The group will play two warm-up club concerts in Germany and then proceed to play major performances at the venerated Hellfest and Kilkim Zaibu festivals in France and Lithuania. The first warm-up concert at Nachtleben club in Frankfurt is now sold out. Further festival and concert appearances are to follow throughout 2019 and 2020. Several of the concerts will be recorded for a possible release of selected songs on a live EP."

The project will also release more live dates. Check out the announced ones below.