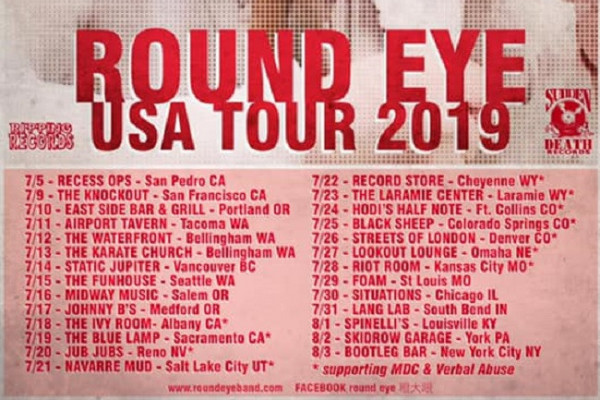 Contributed by xidada, Posted by John Gentile 3 years ago

China-based punk band Round Eye are headed to the states to record their third album. Mike Watt will produce the album. Meanwhile, this summer, they're also touring the states. On some shows, they'll be supporting MDC and Verbal Abuse. Check out the dates in the article's picture.