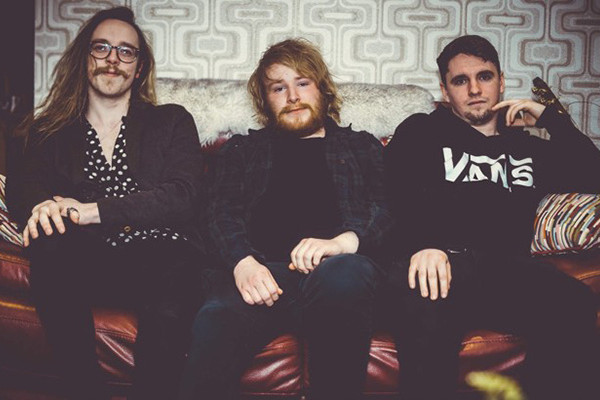 Regretfully, promising up-and-coming band Lost Avenue broke up recently. The good news is that two parts of that trio formed a new act and, along with a new bassist, formed Gas Hands. Today, Punknews is excited to premiere the band's first single, Move. On this track you can still sense that the apple hasn't fallen too far from the tree- the vocals quickly alternate between a scratchy scream to smooth singing, and the hard parts are pretty damn hard while the melodic parts are even more melodic. In all, there are enough changes to make Gas Hands stand out, but enough of the pedigree is there that you can recognize their roots.

Little Rocket Records is releasing this track, so a person would be wise to keep their eyes out for a more robust release from the band in the near future.

For those whose hearts were dashed at the dissolution of Lost Avenue, rest assured that Gas Hands is a worthy successor. And those who haven't tried either out yet, you'd be well-served checking them out.

If you like what you hear, you can pick up a copy as a name-your-price download over at Bandcamp.