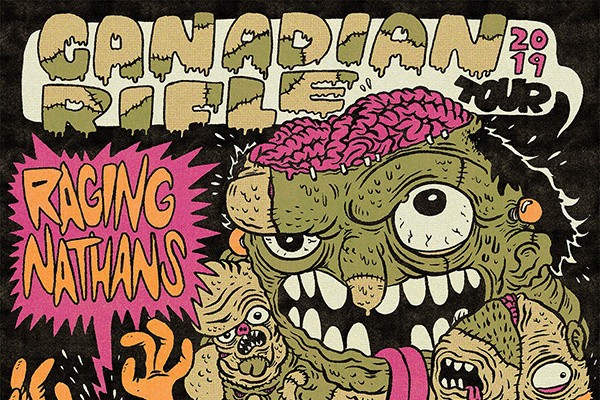 Chicago's Canadian Rifle and Ohio's Raging Nathans have announced a joint tour in October this year, which will see the bands make their way down from Chicago to The Fest '19.

Canadian Rifles' most recent album, Peaceful Death, was released in 2018 on Dead Broke Records; while Raging Nathans most recently released Sleeper Hits: Sordid Youth Vol. 1, a collection of all of their 7" tracks from '12-'17, in December of 2018.

You can check out the tour dates below.