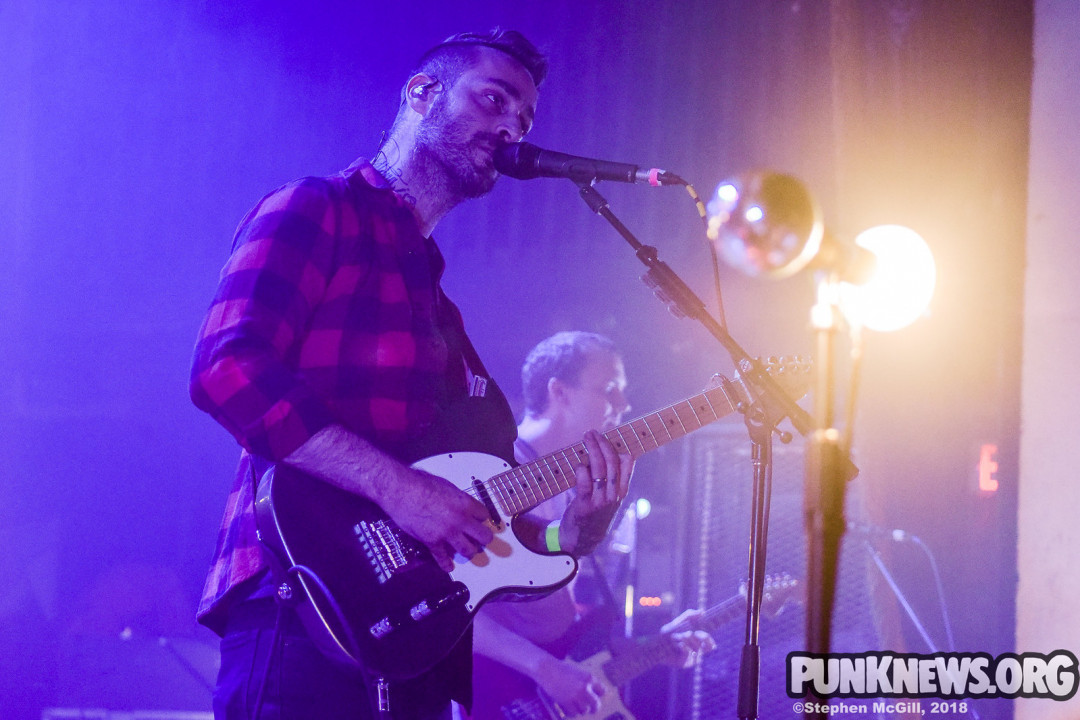 by Adam White Polyvinyl 3 years ago

Last month Illinois' emo legends American Football visited Toronto for a show at the Opera House in support of their self-titled 2019 record. Our photographer Stephen McGill was there to catch them and Hamilton, Ontario-based opening act Ellis. You can check out some of his photos below.