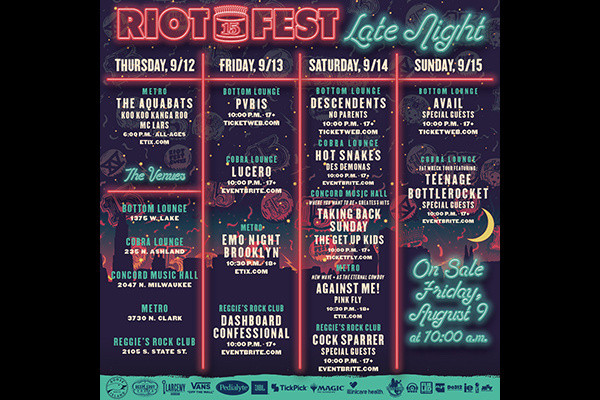 Riot Fest has released the lineups and venues for this year's crop of "late night shows." The multi-venue gigs start with an early show up on Riot Fest Eve. Note that, due to their start times, all other events in the series are under an age restriction.

You can check out the details of each gig, including announced acts, below.