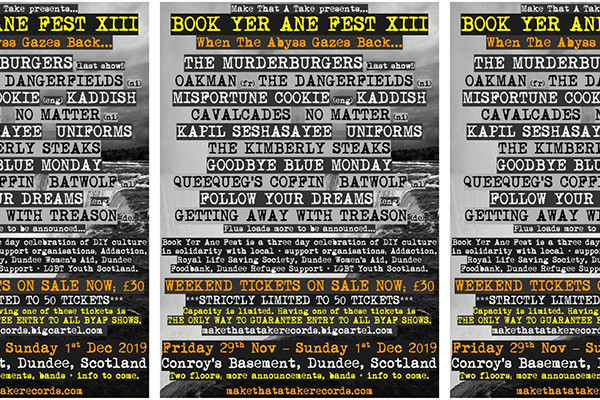 Scotland's Book Yer Ane Fest XIII, put on by the good folks at Make-That-A-Take Records, has announced the first batch of acts for this year's fest. Amongst the batch of national and international acts there are The Murderburgers (playing their last show), France's Oakman, No Matter, Uniforms, The Kimberly Steaks, and many more.

You can find out more information about the fest HERE, and check out the dates of the event below. PN will also fill you in as soon as the next batch of bands are announced.