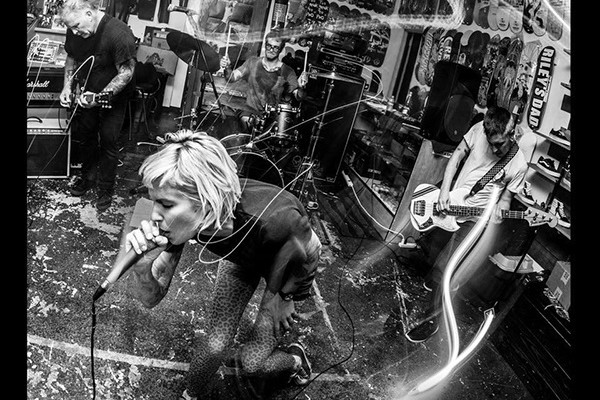 Eva Hall was the singer for Rats in the Wall, who are now defunct. Hall has started a new band called Power Alone. Other members of the band include musicians who were in Gather, which Hall also fronted. The band has recorded an LP with Paul Miner serving as engineer. That is expected to be released late this year or early next year. The band is also touring with SECT this October. Check out their debut single, below.