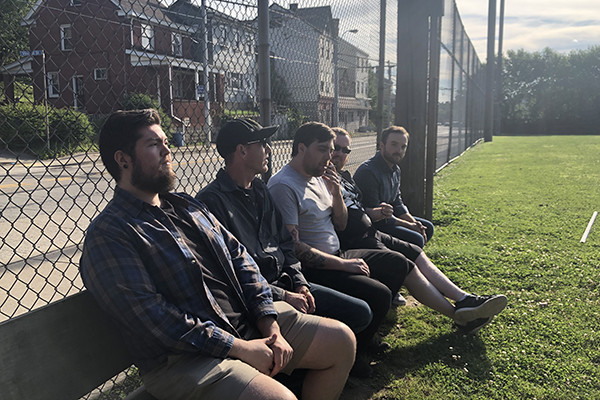 Via an Anonymous Source, Posted by Jeff Sorley Streams 2 years ago

Punknews is elated to premiere for you the new album by Pittsburgh's Danvers prior to its official release. How Did It Ever Come to This officially drops this Friday, September 16th, but you can take a listen two days early! The album will be available for pre-order as a digital download, and will also be available on vinyl after release.

Lee Yarnell of Danvers has this to say:

Despite having the Lifetimey punk beat in every song (drummer will kill me if I don’t also mention Lagwagon), the theme of the album ended up being one heavily focused on loss -- whether it be friendships, relationships, our youth, whatever. Definitely more of an emo vibe this time around. But fret not, the average BPMs are even higher than the last record.

We took our time with this one, and I believe it shows. The songwriting is better (I think), the production is a heck of a lot better, the guitar leads never repeat, and I was able to go wild with the vocal harmonies. We definitely went out of our way to keep the sound raw, like an actual band playing instruments (sometimes to the engineer’s chagrin!). Some of my favorite albums bring something new to the table on every listen, and at least for me personally, that was in the back of my mind every step of the way.

Danvers also have a series of dates lined up over the next two months. You can check out those, as well as the full album stream, bbelow.