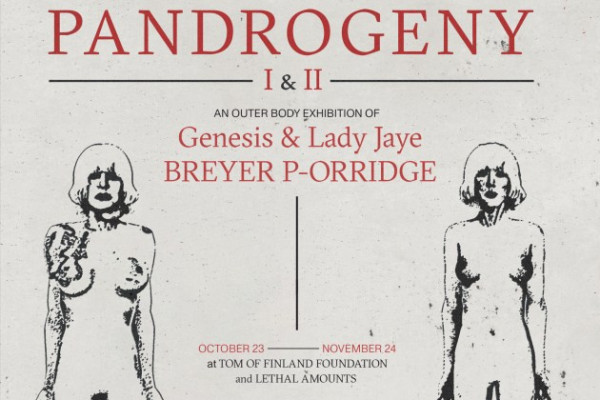 Genesis Breyer P-Orridge of Throbbing gristle and Psychic TV has announced a dual art exhibit, also credited to the deceased Lady Jaye. It's called PANDROGENY I & II and it's at Tom of Finland Foundation (part I) and Lethal Amounts Gallery(part II) from October 23 - November 24 in Los Angeles. The opening night reception will feature a talk with Genesis.