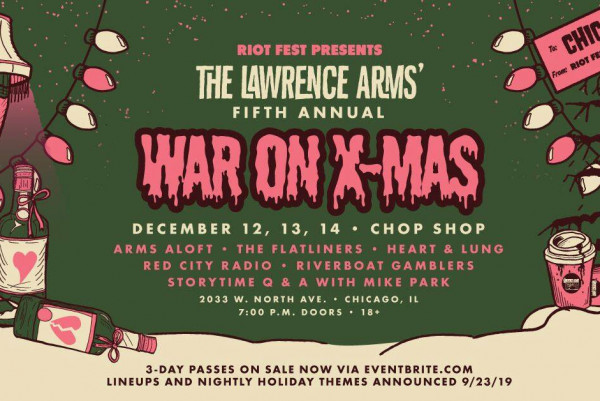 The rambling boys of pleasure, The Lawrence Arms have announced some of the details to their fifth annual War On X-Mas. The three-day event will happen on December 12th to 14th, 2019 at the Chop Shop in Chicago, IL. So far Arms Aloft, The Flatliners, Heart and Lung, Red City Radio, and Riverboat Gamblers have been announced to share the stage with The Lawrence Arms. 3-day passes are available now and more details will be released on September 23rd.

Videos: Dangers of Love: "This Musn't Be The Place"