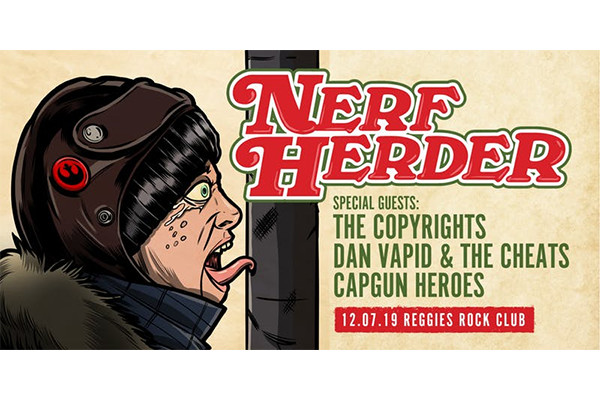 Nerf Herder have announced they will be hosting and headlining a charity show in Chicago this holiday season. Titled "Merry Punking Xmas," the gig also features The Copyrights, Dan Vapid, and Capgun Heroes. All proceeds from the event will be split among the Juvenile Diabetes Research Foundation, Greater Chicago Food Depository, and Toy Box Connection.

Nerf Herder's most recent album, Rockingham, was released in 2016 on Golfshirt Records.

In Memoriam: Ric Ocasek has passed away