Check out the new track by Mike Watt and Todd Congelliere's new band! 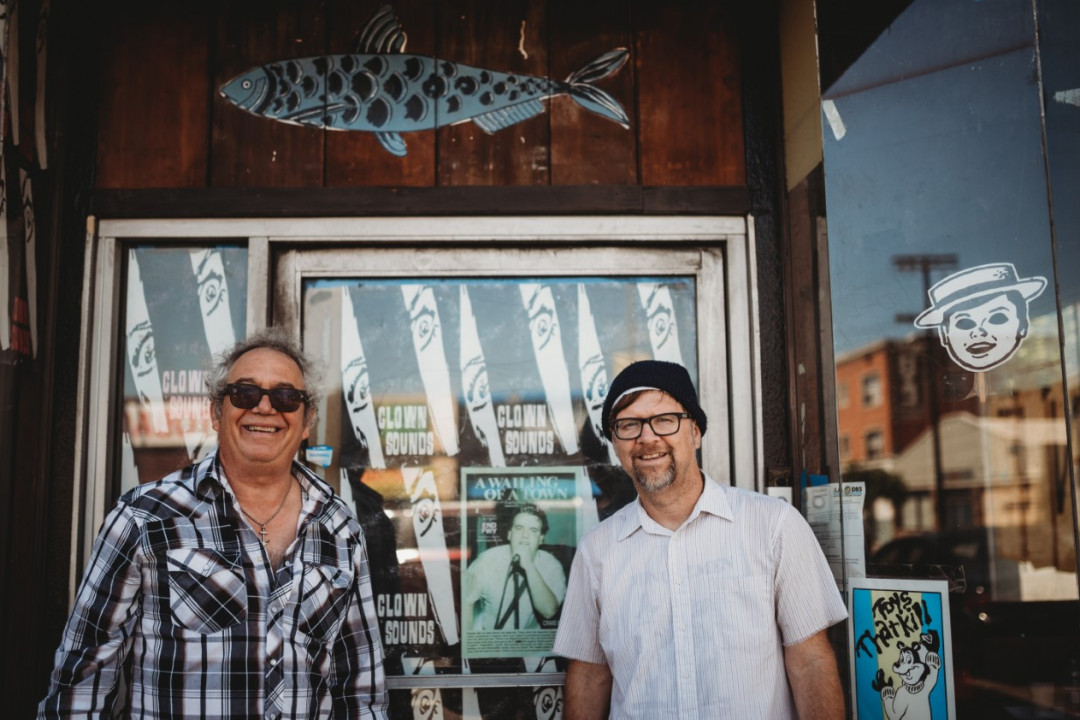 Mike Watt and Todd Congelliere have a cool new band called Jumpstarted Plowhards! Today, we are THRILLED to debut their new track!

You should know that Jumpstarted Plowhards is no normal band. Watt and Congelliere have known each other over 20 years but have only recorded together in a limited capacity. So, Mike Watt, being the artistic, experimental maniac that he is, sent Congelliere a CD-R containing the skeletons of 15 tracks. Congelliere took those tracks and built them into full songs, using an array of killer drummers, including George Hurley (Minutemen, firehose), Patty Schemel (Hole), Nick Aguilar (Neighborhood Brats, Slaughterhouse), Jimmy Felix (Toys That Kill), and a whole lot more.

While it might not be surprising that Watt is up to unorthodox recording techniques, and it might not be surprising that Congelliere is down to roll with weird ideas, what is spurring is that THE NEW TRACK FRIKKIN KILLS. Let's be real: recordings put together in an unusual fashion usually result in interesting, if somewhat impenetrable songs. That is NOT the case here.

With "On the Counter," Watt and Congelliere tear forward, taking the bounce from the Ramones, the razor wire slash of James Williamson, and the huge sound of Thin Lizzy. Of course, the trademark eccentricity of these two weirdos is still locked in. But for real, this track is ace.

The debut release, Round One is out October 4 and you can pre-order it here. Meanwhile, check out the new song below, right now.