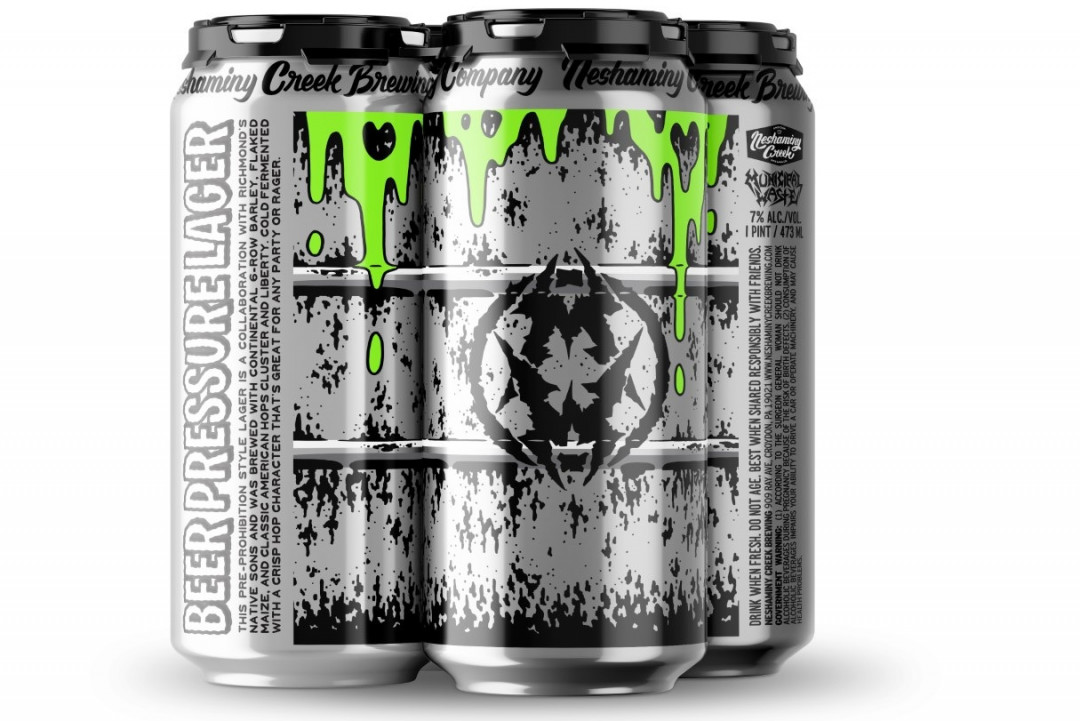 Municipal Waste is going to release a brand of beer. It's called "Beer Pressure" and is described as "a 7% ABV Pre-Prohibition style Lager brewed with continental 6-Row Barley, Flaked Maize and Barley. [It's] hopped with Cluster and Liberty for a crisp and balanced Lager." The beer is being released via Neshaminy Creek Brewing Company and it's out this Thursday when Municipal Waste and Napalm Death play the brewery, outside of Philadelphia.