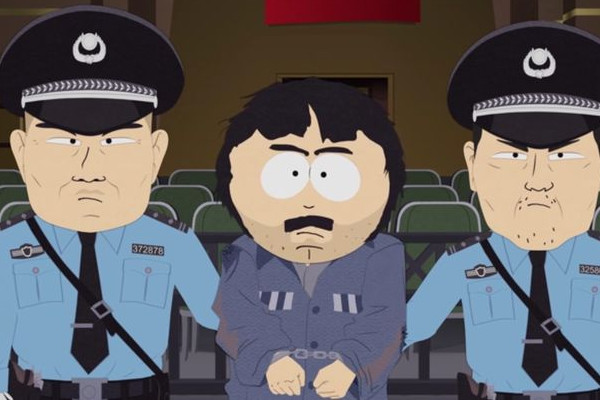 If you've been watching South Park, then you know that the show's last few episodes have been critical of the Chinese government and that government's censorship issues and human rights violations. Zedd is a famous DJ, having recorded for the past 10 years, having won multiple Billboard awards, and having released multiple albums on major labels. On Twitter, he recently "liked" South Park's tweet celebrating the show's 300th episode, which itself was especially critical of the Chinese government's policies and violations.

Late last week, the DJ revealed that his "liking" of the tweet caused the Chinese government to ban him from performing in or entering China as reported by Pitchfork. It is unclear if his music has also been banned in the country.

This follows a string of events where companies have removed anti-Chinese government material at the request of China, in order to protect sales in that country. For instance, Blizzard Entertainment recently banned a professional video game player from playing in their tournaments and refused to give him his prize money from a previous tournament after he tweeted out material Critical of China's treatment of Hong Kong. The NBA required Rockets General Manager Daryl Morey to remove a tweet critical of China's treatment of Hong Kong- however, the Chinese Basketball Association still severed its relationship with the Rockets. Similarly, Apple approved, and the almost immediately deleted the app HKmap.live in Hong Kong, which allowed protestors to find safe areas to protest and avoid police.

Off With Their Heads cancel two tour dates