Passing the torch with Matt Pless 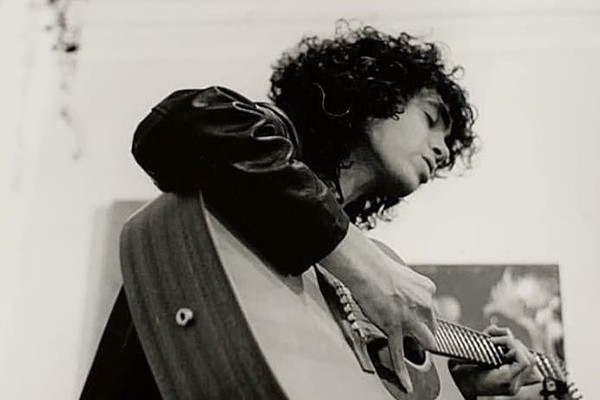 by Jeff Sorley Interviews 13 weeks ago

PN: How are you doing this morning Matt? Matt: Doing well, how are you?

PN: Great! Thanks for taking this call. I wanted to start with the fact that you just got off the road after a 90 day or so tour. Why don’t you tell me a little about this most recent tour. Matt: I really enjoyed it. It was interesting to see more and more people singing my music at each of the shows. It was one of the first tours I’ve done where nearly every show I played there were fans in the crowd actually singing along with my music.

PN: Do you think that had a lot to do with the fact that you just released your EP Nero on Paper + Plastik records. Matt: Well, that record came out well after the majority of the tour, so I’m not sure that really had an impact on what I was seeing. I really think its just a culmination of years of touring, and constant self-promotion. I can’t wait to see what comes next, now that I have Vinnie in my corner, and hopefully he can spread that word even further.

PN: That’s interesting, but one thing you said strikes true to me. You are always online, posting pictures, interacting with fans, and really ensuring you have a constant online presence. Do you think that plays a role in the fact that you’re starting to gain more attention? Matt: That probably helps, but I’ve always believed that if you have relatable music, songs that people can really identify with, that the rest will fall into place. I may not have songs all over the radio, but I try to write songs that appeal to a wider audience; good songs that aren’t only applicable in the Folk Punk scene. Songs that, while provoking thought, also have pop sensibility that doesn’t turn off those who listen to other genres.

PN: That’s interesting. You know, I’ve always said you have this ability to write a song that may, or may not, take a stance on a particular topic, but even if you take a stance, you are great about ensuring you are presenting the counter to that argument. Take Shots Fired. You present both sides of the gun control argument, and really allow the listener to make their own decision. Are you doing that intentionally, and if so, how are you able to do that, all while making a catchy tune? Matt: Lyrics just come to me, and I trust what comes to me. I do my best to write a song that sounds great stripped down, and then if you want to add to it, fine, it's still a great song. As long as you write the core of the song, stripped down to its basic level, then you can play with the layers you add on top of it. If a song sounds good naked, you can dress it up any way you want it. It will be a good song no matter what style you present it in. I don’t know what the answer to everything is, but I try to make sure that the music is written well, and then I take whatever lyrics and thoughts that seem to flow through the music. If I’m presenting both sides of an issue, it's probably because I really don’t know what the right answer is. But, if I can write a song that gets people thinking about the problem, then maybe someone will come up with the solution. I think a lot about a lot of things, and I’ll never claim to know the answers to everything, but as far as the lyrics go, they just kind of flow through me, and represents how I feel at that very moment.

PN: I love that answer. None of us know everything, but many of us are unwilling to look at things from more than one side of the fence, and it can cut off the ability to really solve some of the problems we face. So, tell me a bit about what it was like working with Vinnie. You’ve always done your own thing, self-released. How has this been different, and what do you see in the future? Matt: Working with Vinnie was great. He let me put out this new EP which has 3 brand new songs, and 3 rerecorded classics for those that have been following my music for a while. Vinnie really let stay in control of the creative process,and its been great finally having someone like Vinnie recognize all the work I’ve put in. I mean, this is Vinnie, from Less than Jake, any punk from our generation would be stoked to work with him.

PN: Just a few more questions for you, and I’ll let you get back to your life. Your tour, it was primarily DIY, and you were playing basements, DIY house shows, as well as traditional bars. What were your favorite spots to play on this tour, and maybe any bands that we should be on the lookout for, coming out of the DIY scene? Matt: I really enjoyed playing Compost Heap festival. It was a DIY festival in Denver and the crowds were all singing along to all of my songs. There was a show in Tacoma Washington that was amazing, and as far as bands to be on the lookout for, The Window Smashing Job Creators really blew me away. Definitely check them out.

PN: Ok, well whats next for Matt Pless? Recording again? More tours? What can we expect? Matt: Well, I’ve already recorded another full length album, and it’s a little different than some of the stuff I’ve done before, but I really feel like this is the “one” that has the potential to break out to a much wider audience.. I’m hoping to work with Vinnie to get it an official release date, but my main focus right now is finding it the right home, whether with Vinnie or with another label. I just know that in the right hands, this album is going to be something really special. I’m also one of the headliners for Folk Shit Up in 2020, which Punknews is sponsoring, so that is also really exciting.

PN: Matt, thank you for your time. I really appreciate you taking the time to sit down with me, and share some of your world with the punknews readers. Is there anything you’d like the readers to know before I let you go? Any last words or pieces of advice? Matt: If there was a torch to be passed from Woody Guthrie to Bob Dylan to the next great, then I want to take that torch, light a joint with it, and set the world on fire.