Damned cover Bauhaus, Dave Vanian dresses as Nosferatu at 'Gathering of the Vampires' 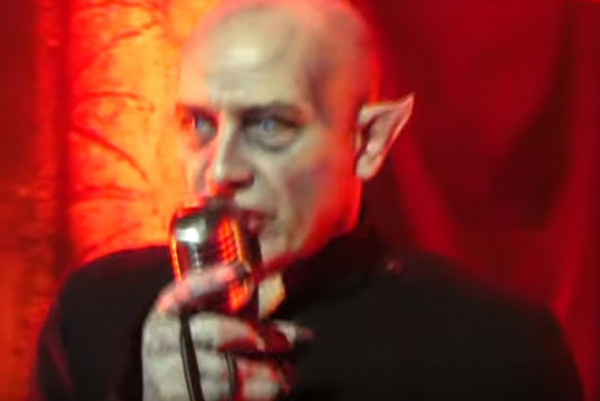 Last night the The Damned played the "Gathering of the Vampires," where they tried to host the largest vampire event ever. During the show, the band covered Bauhaus' "Bela Lugosi's dead." Also, singer Dave Vanian was in a dead ringer Nosferatu costume. That's a picture of Vanian right there. Interestingly, known fan of the black-magicks, Jimmy Page of Led Zeppelin was also at the show, dresed in all black. Sadly, the show was also drummer Pinch's last appearance with the boys.

See some fan shot footage below. The band was attempting to get Guinness book of World Records to certify the show as the largest gathering of vamps ever. We'll let you know if a certificate is issued.