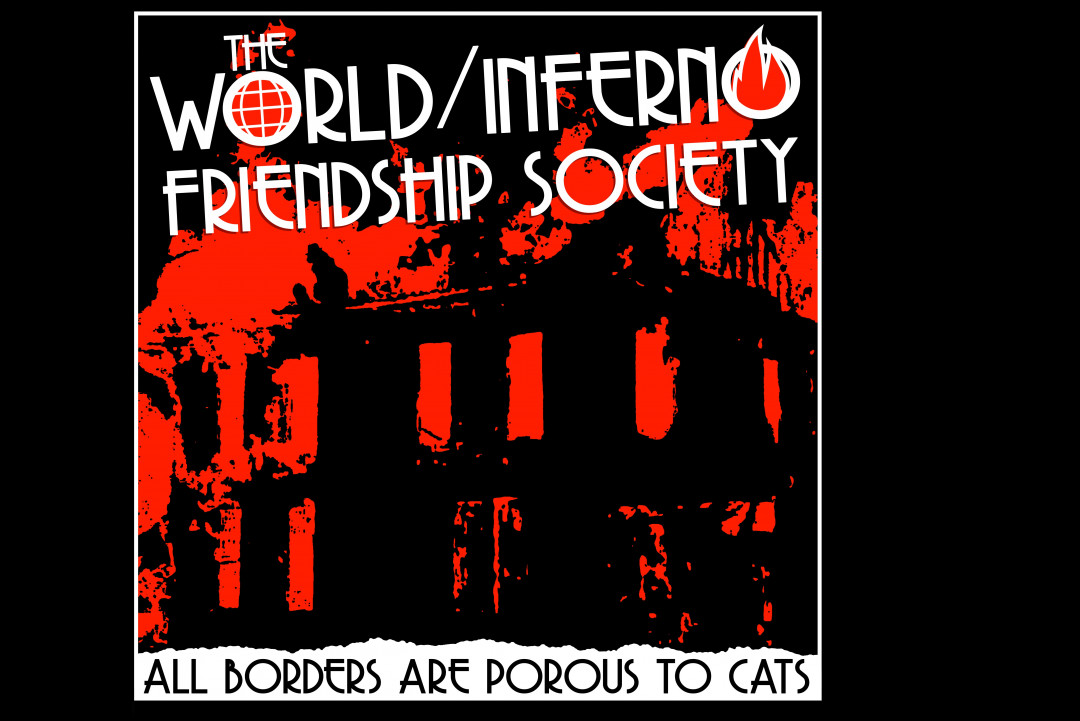 Well, it's a World/Inferno Friendship Society kind of day. They just announced the release of a demos collection, and now they have revealed the details of their new album. It's called All Borders Are Porous to Cats. That's out January 17 via Alternative Tentacles. The band described the album: "The album follows Cat in the Hat (no relation), an undocumented refugee who is framed for a crime and requires the assistance of a ragtag gang of miscreants, academics, orchestra-caliber musicians, and radical insurgents—sometimes art does in fact imitate life!" The band will also be releasing a book in tandem with the album. One Smashed Window for Every Divided Soul, is described as "an illustrated combination tour journal and narrative exploration of Cat and his travails" and it includes reports from Inferno's East Coast tour of 2017. The band will also release a cassette single from the album at Hallowmas.

Streams: MakeWar stream new album "Get It Together"