Check out “At The Kraken” by The Subjunctives 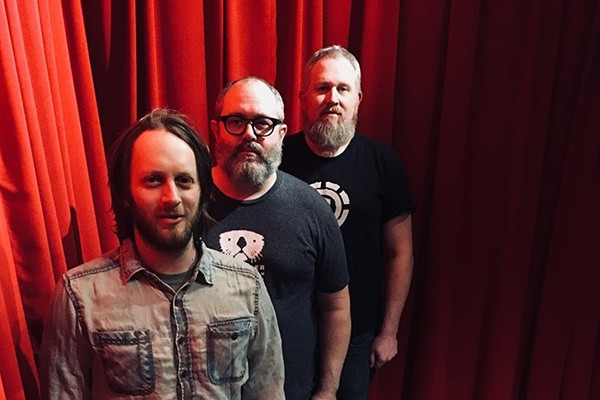 Punknews is over the moon to premiere a new song and video from Seattle's The Subjunctives. "At The Kraken" comes off of the band's debut LP Sunshine and Rainbows, which is due out November 22nd via Top Drawer Records.

With the band being comprised of members of Sicko and Four Lights, the song is about as quirky, poppy, and energetic as you'd expect; with the video, by Doug Reimer, equally as silly. Both, though, have deeper purpose than just being an aural delight- they are also a testament to a DIY attitude in a rapidly corporatized environment, as well as a tribute to an unheralded venue. Ean, guitar and lead vocals, explains:

The first time I saw the Kraken Bar and Lounge, it was the set of a Four Lights video for a song called “Whiskey Whoas”, which is a cautionary tale about drinking too much. It was hard to take the caution aspect too seriously, because all the people in the video seemed to be having such a great time with their friends at this mythical Local Punk Rock Dive Bar. The bar seemed perfect: punk rockers, pinball, Jameson, PBR, a stage just big enough for your rockin’ local band, and a room full of friends. Not to mention a pretty serious attempt at giving it a pirate theme… like a shitty Pirates of the Caribbean with Rainier tall boys, and where the pirates have plugs and black t-shirts instead of hoops and ruffles. I remember thinking “I want to go to that bar”, but I figured it was somewhere cool like San Diego or Portland or maybe it was just a soundstage. In reality, I was getting my first glimpse of the epicenter of Seattle Pop Punk: The Kraken Bar and Lounge. I made a point of hanging out there and going to shows there. Seeing bands like Four Lights, Choke the Pope, Dead Bars, Ramona, Foxhole Norman, Heck Yes, Burn Burn Burn, the Botherations, and My Friend the Bird, I not only came up to speed on the local pop punk scene, I also got to know a friendly and enthusiastic bunch of pop punk musician/fans who all seem to know one another and go to each other’s shows. There was something all too familiar about this scene… but let me assure you this 21st century version of the Seattle Pop Punk Scene is most certainly an improvement, not the least because inclusion and safe spaces are front of mind at the Kraken. The tater-tots are pretty good too.

Seattle has a long history of iconic, essential little music bars… the Vogue, the Central, the Off Ramp, the Gibson House, the Funhouse, and the Kraken, have provided a place for punk music enthusiasts to congregate, celebrate, and perform. Like a sunken ship creating a haven for small fish and corals, these venues provide the structure which protects and nurtures the musical ecosystem of our little town. Without these rapidly disappearing performance spaces, Seattle is just another conurbation of Jimmy Johns, Nike Towns, and sports bars topped by bland tech worker habitat: glass and steel monuments in familiar shapes reeking of soul-death. Barf. The Kraken stands in stark contrast to, and defiance of these forces, one of a few roguish bastions subsisting on the edge of an otherwise banal and orderly society… a hey-ho let’s go version of yo-ho-ho, if you will.

My hope with this song was to describe the space, characters, and ethic of a typical evening at the Kraken… everyone really does wear black t-shirts, Jawbreaker is usually on the stereo, we mis-fits do fit right in, and Drew even throws someone out from time to time. Well-deserved I suspect, and with style you may be certain! I imagined a kind of pop punk Piano Man, if Billy Joel was Billy Joe, and Billy Joe was me.

I’ll add that spaces like the Kraken exist only as a labor of love, and then only for a moment. The Kraken won’t last forever, come down and warm yourself in the dying light, friend. You will be welcomed here.

The Subjunctives are also holding a record release show the day of as the play in support of Yes Master. And although it isn't at the Kraken, you'd be well-served to swing by. You can check out the new video, and the details of that gig, below.

If you like what you hear, be sure to pre-order the new album HERE.

Henry Rollins to perform at Cyndi Lauper's 'Home for the Holidays'