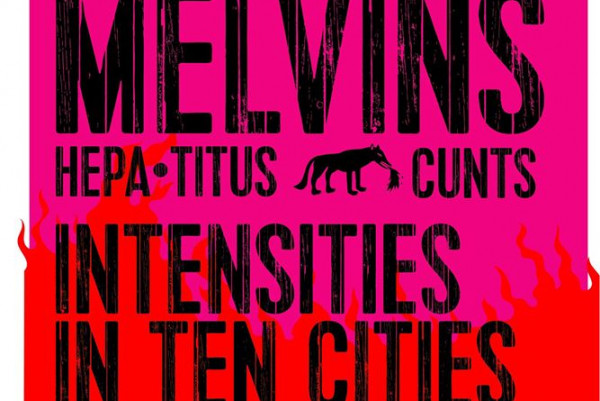 Melvins have announced a ten day tour of California. It's billed as Intensities in ten Cities and they will be joined by two other acts: Hepa Titus (which also features former-Melvin Kevin Rutmanis) and Cunts. The tour includes the tagline: "Anybody wants to get mellow they can turn around and get the fuck outta here." See the dates below.