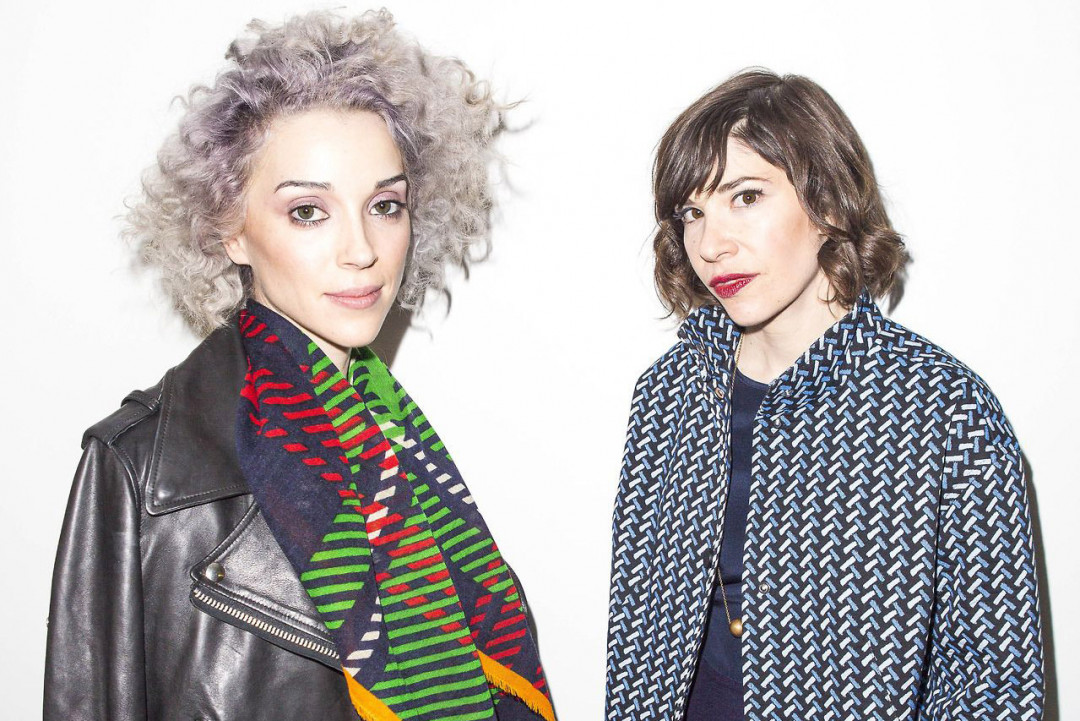 This year, Sleater-Kinney released The Center Won’t Hold, which was produced by St. Vincent. Well, it looks like St. Vincent and Sleater-Kinney's Carrie Brownstein have also worked on a concert film/documentary. It's titled Nowhere Inn, stars both musicians, and it debuts at Sundance. Portlandia's Bill Nenz directed the film.

Videos: Hangtime: "Can I Take You Out"