Devon Kay and the Solutions album pulled from P&P 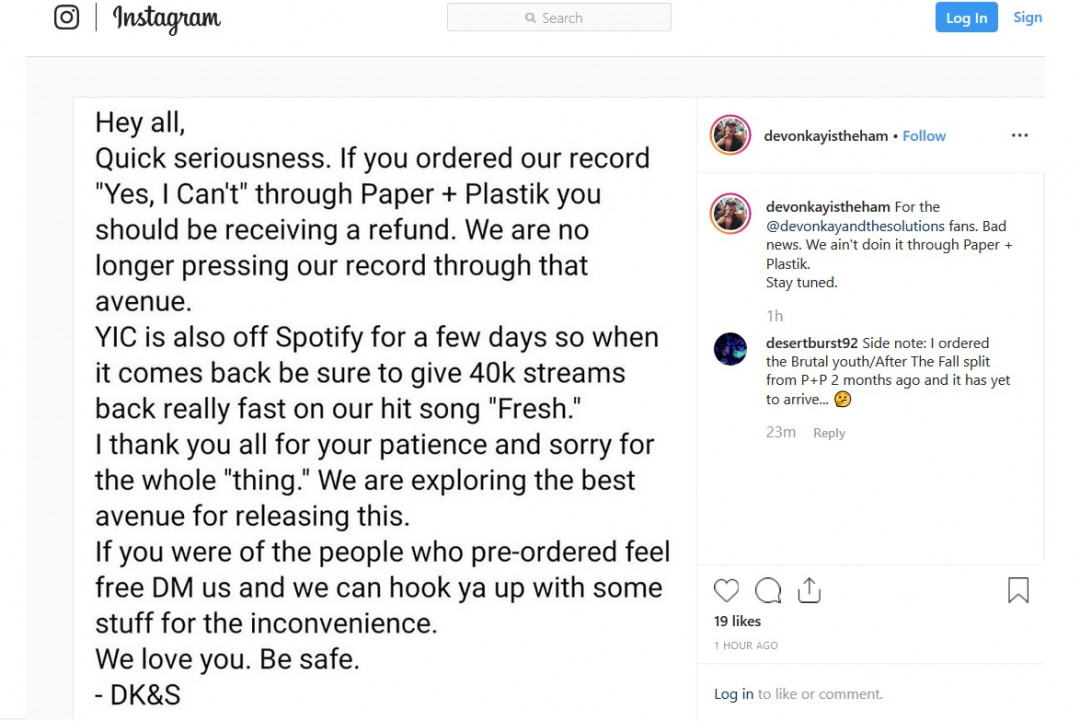 Contributed by desertburst92, Posted by John Gentile 35 weeks ago

Devon Kay and the Solutions previously stated that their new album, Yes, I Can't was coming out via Paper and Plastick. Today, the band issued an unexpected statement that said the release will no longer be released via P&P and that all pre-orders for the album will be refunded. At this time, they do not have plans for the physical pressing, but stated that they are looking for a new avenue for the vinyl record. The digital version is expected to be available shortly.