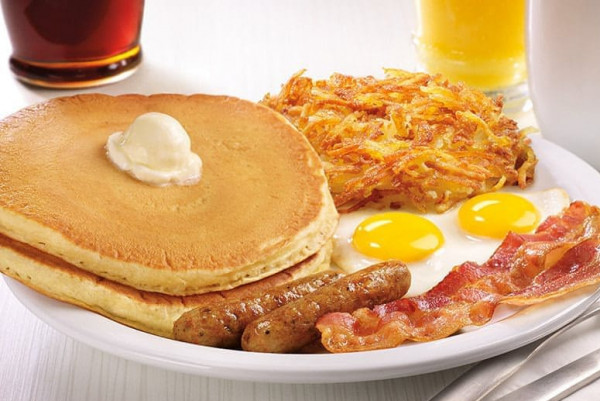 This past weekend, Long Beach's WACKO played a show… inside a Santa Ana Denny's restaurant. The show was pretty wild with people slam pitting, moshing, and jumping off tables. You can see video of the show, below. Unfortunately, there was some damage. Reports of the damage have varied, but at this time, it appears that the venue may be billing the promoter a relatively modest $1,000.

It's unclear if the show was authorized by Dennys. Initial reports stated that the show was organized through the location's manager, but the manager did not realize the kind of band that was being booked. However, later, Denny's corporate stated that the show was thrown without the knowledge of any Denny's employee. Deny's issued a press release: ""Denny’s is a family-friendly restaurant and while we do have banquet space available at some restaurants, we do not allow events that can disrupt the dining experience of our guests. The manager was unaware a concert was planned, and the event organizers have been asked to pay for damages."

Meanwhile, Wacko has encouraged the audience to help the promoter pay for the damages. The band stated "If you broke shit on purpose you suck but at least you and any1 who has a heart for what this kid pulled off should donate some money to his ass.”