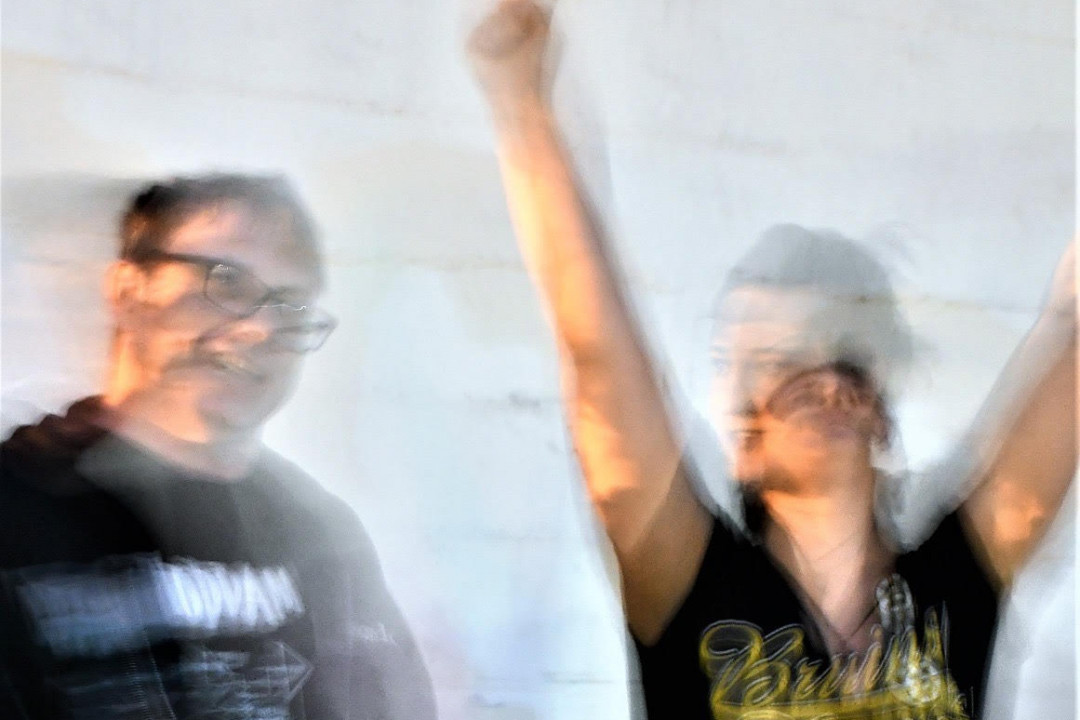 Today, we are excited to debut the new track by Faux Replika!

Faux Replika features Roxy Epoxy of The Epoxies and Chris Pierce of Doc Hopper. On their new single, "Wolves Wear Ballgowns," the band takes a classic punk charge and interjects it with a Bladerunner sheen. Roxy is as fierce as ever and Hopper's guitar slashes with a violent distortion. If J Church covered Devo, it might sound like this.

Roxy spoke to Punknews about the new release: "Chris and I met when I was 19, probably the first time Doc Hopper played Hampshire College, where I did my undergrad. I loved and still love Doc Hopper. We would see each other a lot at Doc Hopper shows through a mutual friend that Chris knew while he was a teenager in Maine. We didn't see each other for years during the 2000s, but he came through Portland playing drums for Drag the River.

He happened to go into the right bar and ask the right bartender, the guitarist for the Epoxies, if he knew me and how to get in touch with me. We kept in touch and tossed around the idea of writing together. Chris had never collaborated with anyone before, but it came really easily. We didn't have anything in particular in mind, we just let it happen. Wolves Wear Ballgowns and Be Sweet were mostly written long distance. When I moved back east I was able to drive down to Volume IV and actually get things going.

Recording happened during my breaks from grad school, so it was a slow moving process. The result feels like an equal mix of our two styles that turns it all into something completely different. Chris and I wrote and play everything on the record, but I could only get him to sing on one song."

The band's debut album Presenting! is out February via Rad Girlfriend Records. You can pre-order it right here and check out the new tune below, right now!

Podcast: Punk Till I Die: The Triumphant Return of Tricky Ricky Frankel