Check out the new track by Chasing Rainbows! 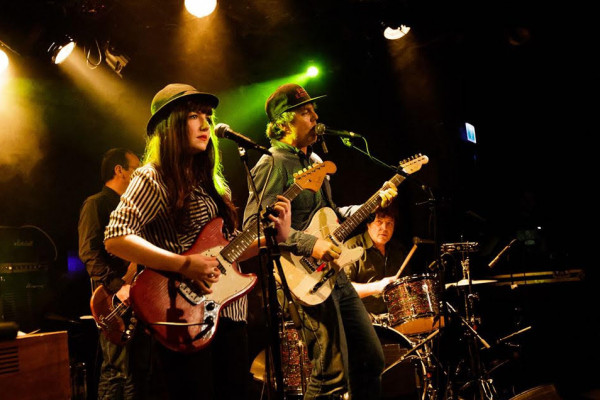 Poisonous friends is the theme of the band's new track. We all have had 'em, and we all have gotten rid of 'em (hopefully). Using a fuzzed out riff as a hot poker, Chasing Rainbows jabs at their passive-aggressive mates all while tipping their hat to the more vindictive side of the Velvet Underground. And while hissing at faux-friends may summon negative energy, as with so many of the bleak VU tracks, it just feels so damn good.

Frontman, Lawrence Rengert, spoke to Punknews about the track: "Every important relationship has its ups and downs. But some relationships should have ended before they even began. While most passionate friendships and love relationships have their ecstasy as well as their turmoil, some relations become more toxic than restorative. "Doing Fine" is a response to the friend who secretly wishes you failure. While that unhealthy friend checks in to see how it’s going, hoping to hear about chaos, damage and destruction (or maybe even more that you can’t live without them) you simply reply everything’s good (without you around)."

Until We're There is out this Friday and you pick it up right here. Meanwhile, check out "Doing Fine" below, right now!

Tours: The Cryptics (US)