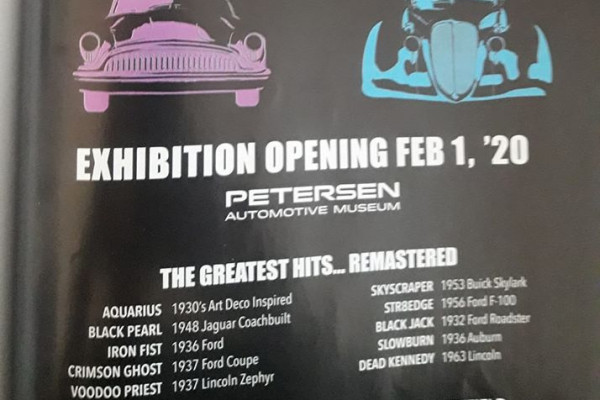 James Hetfield of Metallica will be curating a showing of his customized antique and vintage car collection. The show is called "Reclaimed Rust: The James Hetfield Collection." The show proper kicks off February 1 at Petersen Automobile museum in L.A. Several of the modified cars are the cars are named/inspired by punk/metal bands, including a 1937 Ford Coupe called "The Crimson Ghost," a 1963 Lincoln called "The Dead Kennedy" (a JFK/DK/Misfits tri-refernce), a 1956 Ford F-100 called "Str8edge", a 1963 Ford called "Iron Fist" and a 1953 Buick Skylark called "Skryscraper"

The Opening Night show is January 30 and features "a fireside chat with James Hetfield and an auction with exclusive items as you sip on cocktails and enjoy the amazing new exhibition."

Festivals & Events: Sequel to "Tony's Butterflies" in the works