The ExBats are releasing a new album and here's their new video! 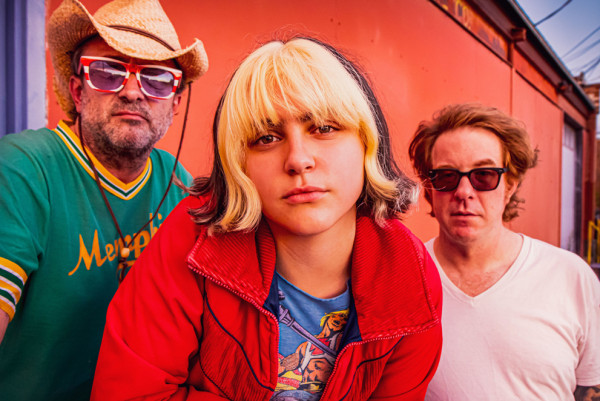 Today, we are THRILLED to debut the new video by The Exbats!

Straight up, the ExBats are one of the coolest (and weirdest) punk bands around today. Composed of daddy-daughter duo Kenny and Inez Mclain, the band is equal parts first-wave punk, psychedelic haze, and desert weirdness. They've got songs about Xena, murdering people, and how nice it is to be in love.

And now, they've got a new album coming out! Kicks, Hits and Fits is out March 6 via Burger Records and we're debuting the first video from the LP, "I've got the hots for Charlie Watts"! It's about how awesome the world's greatest drummer (who is also in the world's greatest band) is.

Kenny spoke to us about the track: "Swoon for Keith Moon? Check. Flame for Hal Blaine? Check. Hots for Charlie Watts? Check. 'The old gods have a died, a couple survive. But it's only echoes, cash from the past,' but we can't help a fascination with the titans of rock's past. And for us, it keeps coming back to the Stones…and The Monkees. The Stones had the attitude and The Monkees had crazy 60's energy with songs from the great songwriters of the time. Groups like these old timey guys inspire us. And one guy just totally kept his cool through decades of navigating enormous egos, Charlie Watts. He just didn't give a shit about all the weird stuff going on around him, he just showed up looking great and doing his thing. Driving some of the most badass songs ever played. What a guy, man, he's the best. Totally unflappable."

Inez then added: "Don't talk no shit about Charlie Watts. He is a very cool man and we love him."