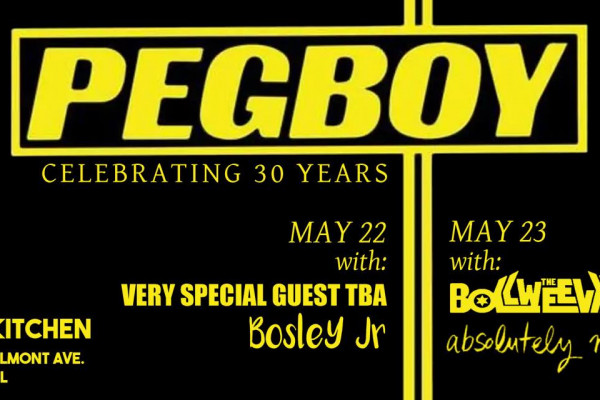 Contributed by cheeseburger, Posted by John Gentile 2 years ago

Pegboy have announced two shows to celebrate their 30th anniversary. Both shows are at the Beat Kitchen in Chicago. On, May 22, they play with Bosley Junior and another guest TBD. On May 23, they play with Bollweevils and Absolutely Not. The band's last LP was 1997's Cha Cha Damore .