Ceschi's past, present and future 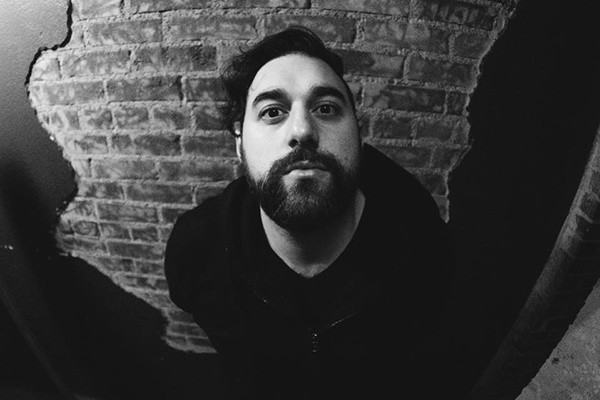 Punknews’ David “Punkbanker74” recently had the opportunity to have a brief chat with hip hop/punk/folk crossover artist Ceschi to discuss the first two pieces of a “Final” trilogy for the artist, and what this means for his future musical endeavors.

Ceschi, first of all, thank you for taking the time to do this with me. It means a lot. I'd like to first say congratulations on a very successful 2019. You must have been busy? Hey David…thank you…it was a very productive year & I would say the most successful of my music life…so that’s been cool. Sometimes the amount of work & travel is so overwhelming that I don’t take time out to appreciate or even realize when I’m doing well - but thanks for putting it into perspective.

When do you plan on releasing the final piece of the trilogy, or has that date been set? As far as the final piece of the trilogy…I’m aiming to release it in November 2020…It’s been pretty fucking tough to take enough time out to work on finalizing what the record will actually be - even though I’ve recorded more than enough for a final album. It’s more about the process of editing, mixing, and deciding the “thesis statement” of what this album will be…. if that makes any sense.

Through your music, it’s clear that you have influences that range from rap to punk to electronic music and more, but what would you say is the most important musician/artist/group that has impacted your own artistry? That’s pretty difficult to answer…but I’d have to say that my friends, bandmates & collaborators have been the most influential artists in my life. Everyone from my brother David who’s played drums & written songs with me since we were little kids to my cousin Opus who played in punk & metal bands since I was in elementary school to my good friend Mike King who pulled me deeper into the world of underground Hip Hop when we met freshman year of high school to bandmates such as Xololanxinxo & Tommy V & Danny Levin from a band called Toca we once had, to Pepe from DIYBandits & Pat who really introduced me to folk punk back in the mid-2000s to producers I’ve worked with such as Factor Chandelier & Dj Scientist.

I have to touch on the holy grail of my record collecting that I just haven't pulled the trigger on, but what was it like recording an album like the split you did with Pat? Did you two know how special that record was going to be? To get a copy now, its a few hundred bucks, and that doesn't even necessarily get you the complete package with the zine and everything the record originally came with. It really felt like a special time. I remember feeling a wave of inspiration watching Pat record those songs when he came up to CT from AZ in the fall of 2014. We didn’t exactly know what people would think of the project…and honestly, we only cared about doing this for Pepe & the DIYbandits. Pepe from DIYBandits is a good friend of ours & wanted that split to happen for many years. Although it was a favor / gift to Pepe, it definitely helped build my friendship with Pat also which is something I’ll always be grateful for. He’s one of my favorite people, thinkers & songwriters. Unfortunately, our friend Pepe is now in federal prison serving a 5-year sentence for a marijuana conspiracy charge that is, in my opinion, completely fucked, wasteful & immoral.

Support him & his family by ordering something from DIY Bandits

What's next? You've mentioned retiring from music after the trilogy, and inquiring fans would love to know what you plan on doing after leaving us with one last piece of musical genius? No, I’m not retiring from music…I’m just putting an end to the “Ceschi” discography. It’s more of a curated death. I’ll just be doing different kinds of projects in the future & hopefully people still check them out.

I have to ask, and feel free to shoot me down, but can you comment on whether the one little bit of Pat the Bunny on your last record is all we are getting, or do the two of you plan on doing more on this coming record? Pat is really not doing music anymore. The last song he recorded is coming out as part of a podcast Pepe from DIYbandits did. We also did a joint interview for that. It’ll eventually end up on Preparing for Freedom, or follow DIYBandits social media.

Alright, final question. What are you listening to? Who do you think needs to be highlighted that isn't getting the attention that they should? Recently our label Fake Four released 4 free eps by lesser known artists from around America in the hip hop / acoustic / punk realm …I would really give those a listen - there’s some excellent stuff there by Swordplay, Paulie Think, An Illustrated Mess & Chris Conde all free to download at the Fake Four Bandcamp page.

Ceschi, thanks again for doing this, and hopefully we can catch up a bit when you’re in Austin in a few months.