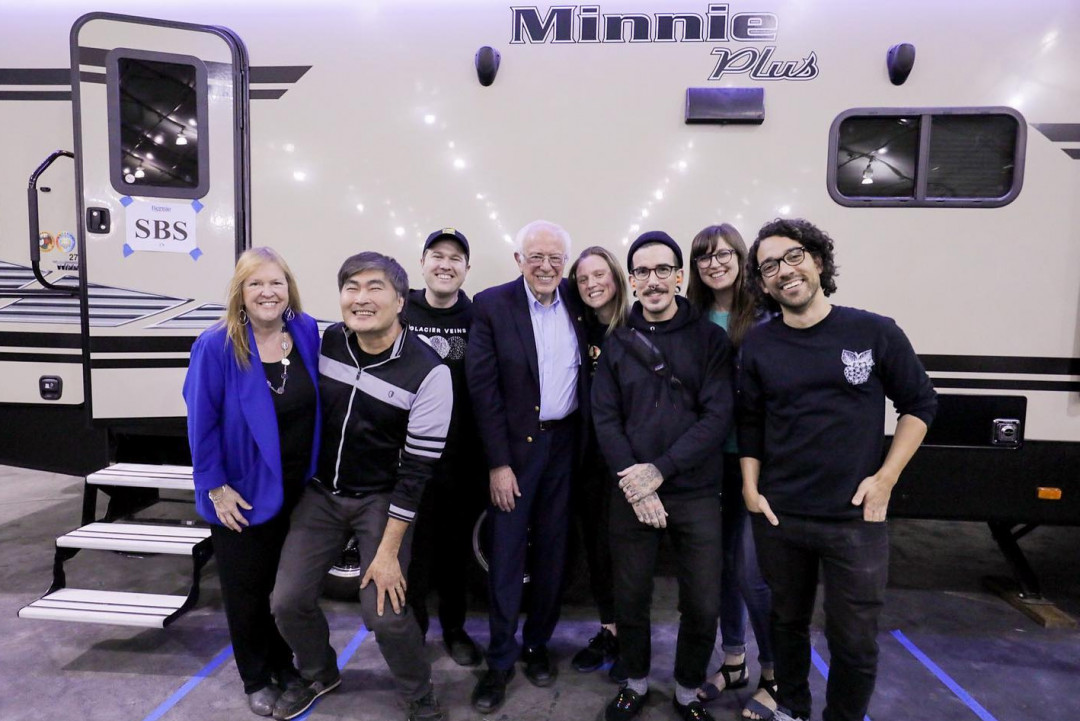 Mike Park issued a short statement: "Yesterday was a dream. We’ve played some FUN shows, but nothing that has felt so important to each of us as individuals. Much like a band though, political movements aren’t about ONE person, it’s about all of US coming together, and standing up for what we believe is right. United. Now please, we’re begging you California, (and all Super Tuesday states) get out tomorrow and #VOTE . Thank you @berniesanders AND @janeosanders for your kindness. They’re the real deal. This is our President."

“Let me thank the Kitty Kat Fan Club for their music. Let me thank The Joyce Manor Band.” pic.twitter.com/N9Ap6WfRaL