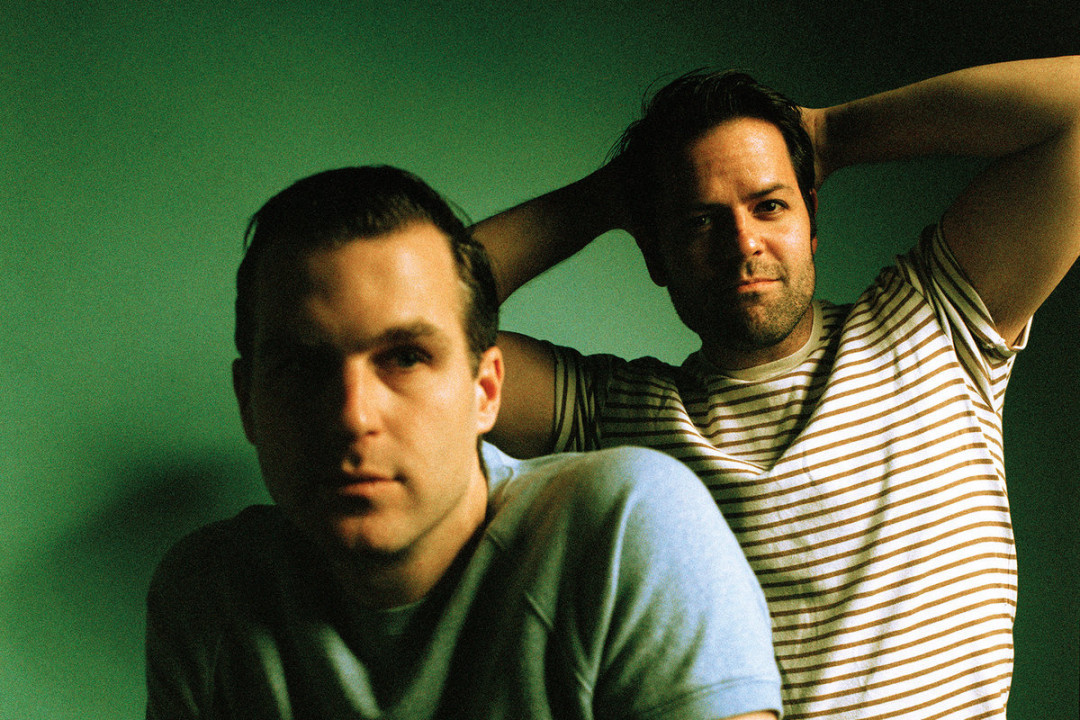 Merge Records has announced the Harmony Avenue, the 10-song full-length debut from Jade Hairpins. The synthpop act's a collaboration between Jonah Falco and Mike Haliechuk of the genre-twisting Toronto hardcore band Fucked Up. You can preview the gleeful first single, "J Terrapin," through a newly released video below. Harmony Avenue arrives on May 29.

Falco and Haliechuk recorded the songs between 2014 and 2018, primarily with Toronto's Alex Gamble (PUP, Surrender, Alvvays). The live version of Jade Hairpins recently debuted for a short tour of the UK, with Tamsin M Leach and Jack Goldstein performing in the quartet.

Jade Hairpins emerged in the run-up to Fucked Up's 2018 LP Dose Your Dreams as (what appeared to be) one of the mysterious, potentially fictional acts that came to light as part of the concept record's narrative (file under Jellicoe & Woodbury). The name first appeared in the credits of FU's High Rise 7", with the b-side "Tower of Time" purported to be a cover of a Jade Hairpins track (that, of course, nobody's heard). A two-song 12" single surfaced on Merge the same day *Dose* dropped, pretty much sealing the connection although it was never confirmed outright. The phrase "Her hair was pinned by jade" also appeared in the lyrics to the *Dose* single "Accelerate" as a clue.