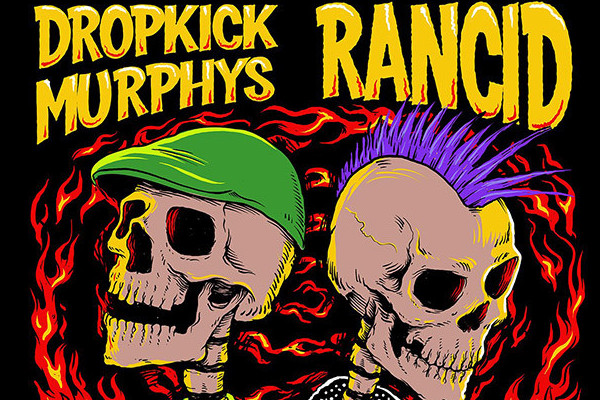 Dropkick Murphys and Rancid have announced the postponement due to the current health crisis of their co-headlining Boston to Berkeley 2 tour run that was set to begin in May. The bands have released statements in which they say they have been working to reschedule the tour and to hold on to purchased tickets as they will be valid for the new dates. Check out each band’s statement below.

Hello everyone, With everything that’s going on in the world right now, we are sad to say that our May tour can’t go on as planned. We were so looking forward to sharing the stage with our good pals Rancid again and both Dropkicks and Rancid were so excited to be having Gerry Cinnamon with us for his first US tour and Jesse Ahearn back with us after he crushed it on our last European tour. We are working with all of the promoters to figure out a plan for rescheduling the dates. Keep an eye out for an email from your local concert promoter with an update on how they will handle refunds for those who need their money back. When all of this clears up, we are looking forward to seeing all of you out on the road – we are so lucky to have the greatest fans in the world !! Until then, we hope that you and your families are staying safe and healthy. Love, Dropkick Murphys

Hey everyone. It pains us to say that our BOSTON TO BERKELEY II tour with Dropkick Murphys in May needs to be rescheduled. Stay healthy and keep safe out there. #BostonToBerkeley

Check out the new video by Answering Machine!